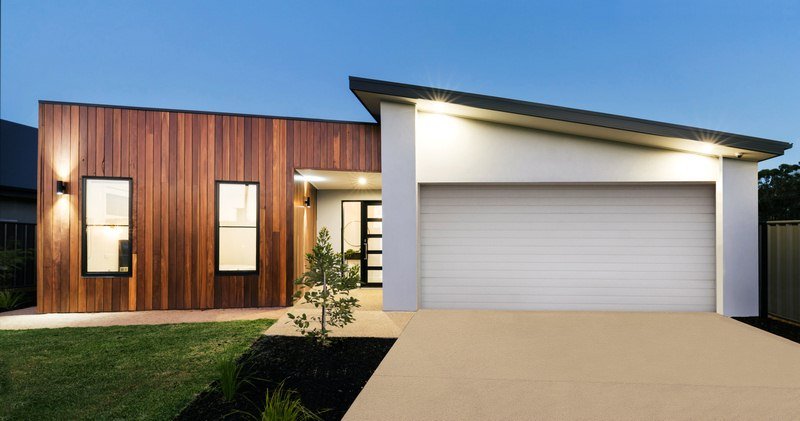 Australia has a long and fascinating history.

The Aboriginal population is thought to have arrived some 60,000 years ago! It wasn’t even until 1788 that the first European settlers arrived.

The country’s seen a lot of change since then.

Every area of modern life would be unrecognizable to the pioneering early settlers who championed the modernization of the country. Everything from transportation to communication has been transformed over the last 230 years.

Australian homes are one particular aspect of Aussie life that has come a long way. The housing of old has progressed through numerous iterations over the last couple of centuries.

Want to find out how? Keep reading for 6 ways houses in Australia have changed over time.

Your money would have gone much further back in the day! You don’t have to look too far back in time to see houses selling for a relative pittance.

These days, the housing market in Australia is hot. The value of property in Australia has seen monumental gains over the last few decades. Somebody who bought their house in the 1980s would see considerable returns if they were to sell it today.

Of course, like any housing market, the property is most expensive in desirable areas. When demand is high and supply is limited, prices go up.

And when it comes to insuring your asset and its contents, don’t forget about home insurance for peace of mind.

Nonetheless, no matter where you are, high prices remain a noticeable change in Aussie housing from times gone by.

Rising house prices mean the property is now becoming unaffordable for many in Australia.

The issue’s exacerbated by a rise in the population that the housing market is struggling to keep up with. To put it simply, houses aren’t being built fast enough!

And, as we mentioned above, that creates demand that drives prices sky-high. It’s good news for any Aussie looking to sell. It’s not so good if you’re a first-time buyer trying to afford a house.

Not so long ago, the combination of (relatively) inexpensive housing and availability would have made buying a house a steal. Alas, the tables are turning and prices are going up as stock declines.

Next up are the materials and construction techniques involved.

Look at houses before WWII and you’ll see they were largely built out of timber or double brick. They’re beautiful and solid structures, but they weren’t cheap.

After the war, the proliferation of returning servicemen necessitated a change. Inexpensive construction techniques were called for. That demand gave rise to the technique that still predominates across the country: brick-veneer.

This classic Oceanic construction takes an internal wooden structure and adds a layer of brick to the outside. You can build a relatively cheap house in record time.

The success and popularity of brick-veneer remain to this day. New houses are still constructed using this technique.

Aussie houses have changed in size and scale too.

That’s particularly true over the last 70 years or so. Back in the 1950s, for instance, cars were out of the financial reach for most households. Thus, with bikes and buses predominating, there was no need for a garage!

Things started to change a decade later, though. It’s now rare to see a house without a driveway, carport, or garage on the side.

At a similar time (in the 1960s), apartments started (literally) rising up in popularity too. Inner-city areas were prized real estate. Anyone unwilling to commute to work wanted the accessibility of these apartments; cities saw an influx of high-rises.

Let’s go back even further to the early days of the 20th century. Walking around the average Aussie neighborhood, you’d notice that houses were far smaller and had fewer rooms than they do today.

Smaller houses continued into the 50s. It wasn’t until the 60s that people looked for (and could afford) extra space.

You don’t have to go back far to see houses with paltry single glazed panes of glass in the windows.

Nowadays, double-glazing (and beyond) is standard.

This one might seem like a minor change, but there’s nothing insignificant about its impact on Aussie home comfort levels! The difference in insulation between old and new constructions is extreme.

Australia is a huge country with a wide range of climates. Extreme heat and surprising cold are both possible. Whatever the situation, single-glazing exacerbates the weather conditions inside.

If it’s cold out, then you can guarantee the house will be freezing inside; hot days will have you sweltering indoors.

Let’s return to Australia at the end of WWII.

As jubilant as people were for the end of the war, the living conditions were far from easy. This was a time of austerity and hard work. There wasn’t much money to go around as the economy licked its wounds after years of fighting.

Average families bore the brunt of the problem. It was a time of necessary self-sufficiency. Many people didn’t have the cash to hire a construction company; houses were built with effort, time, and their own bare hands.

Council sewer systems weren’t ubiquitous at the time either. There was a reasonable chance that your house would be disconnected from the sewage systems we take for granted today.

The Evolution of Australian Homes

Australian history goes back tens of thousands of years to the first Aboriginal settlers.

Australia probably went largely unchanged for generation upon generation until the arrival of European settlers in the 18th Century. The few hundred years since have spelled a period of near-constant change.

A lot can happen in a few centuries. People of old would hardly recognize the bustling, modern country that exists today.

Almost every part of life will have been transformed. Housing is one part of the Aussie experience that’s seen in a particular development.

Want to read more articles on housing changes? Be sure to check out the home improvement section of the website!