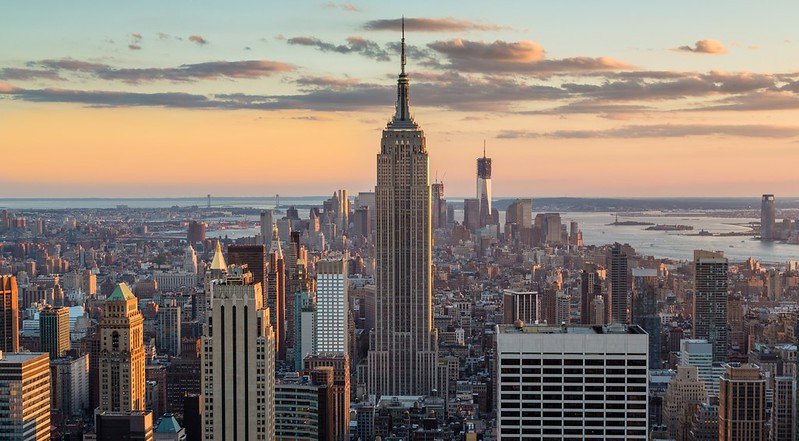 You're here: Home Home Improvement 10 Reasons to Make NYC Your Home Base

10 Reasons to Make NYC Your Home Base

Millions of people visit New York City each year. However, the Big Apple is so much more than just a great tourist city. The tall buildings, bright lights, hustle and bustle, and the city-that-never-sleeps vibe of NYC can actually make for the perfect place to live.

Below are a handful of reasons to consider making the move to New York City this year.

There are many things to do in NYC that offer a cultural experience. This includes visiting Chinatown or Little Italy in the neighborhood of Manhattan, the National Museum of the American Indian, or the Ellis Island Immigration Museum.

Many smaller cities aren’t necessarily heavy on the arts. New York City, on the other hand, is. Numerous museums & art galleries, opera houses, bookstores, and Broadway theaters are all present in this lively city.

Some people just prefer the nighttime. Unlike smaller towns, New York City truly never shuts down. There’s always something exciting to do or see in NYC, even late at night. Not to mention, there are plenty of job opportunities for those who prefer working evening, night, or early morning shifts.

4. Home to Important Monuments and Sites

American history is big in New York City. For instance, the city is home to the 9/11 Memorial, the Statue of Liberty, and the American Museum of Natural History.

We all get a craving late at night every now and then. In New York City, you can expect many great restaurants to be open, even in the dead of night. Burger joints, taco spots, and hot dog eateries are all available at nighttime in the city.

Sure, your average town might have several great Mexican restaurants and perhaps a nice Italian restaurant, and a few spots to grab delicious Asian food. However, the cultural cuisine is even greater in New York City. Enjoy the food of Germany, Cuba, Ecuador, Peru, Vietnam, Zambia, Yemen, and more!

8. Wide Variety of People to Meet

In rural areas or smaller cities, it can feel like all the people are the same. New York City residents, however, are quite different from one another. And there are literally millions of people to meet.

The smaller the town, the less accepting people tend to be regarding people who are different as they essentially stick out like a sore thumb.

But because there are so many people in New York City of different interests, backgrounds, sexualities, genders, ethnicities, religions, and the like, the people tend to be more welcoming. A melting pot, it is!

Whether you hate driving or can’t drive due to medical reasons, there is always some mode of public transportation to rely on in NYC. Taxis, the subway, buses, and ferries are just some of the many options.

Are you on the hunt for NYC condos? Start looking now because the real estate market in New York City is hot!

Living in a busy city like New York City might not be ideal for everyone. However, it’s true that it can be one of the best places to move to for many reasons. From 24/7 activities to a wide variety of cultural experiences, you can’t go wrong with moving to the City that Never Sleeps.