Is there anybody in the world who’s any cooler than the guy cruising around town in a classic car? Probably, but there’s still that sense of pride when you’ve got one that you can call your own.

You’ve seen them around, we’re talking about the old Porsches, the old Chevys, the Jaguars, the Minis just like the ones from The Italian Job and The Volkswagen Beetles which you can’t decide if you actually like the look of or just like the idea of.

These are the cars that defined some of the earliest generations of drivers and the ones that it was just as much of a privilege to have back then as it is to have now. It’s funny how the more things change the more they stay the same.

Not everyone was able to have a car back in the day. There weren’t that many of them around and the ones that were available to the public were expensive and oftentimes not worth it. So, if one of these models sped past you in the 50s you were going to stop to look.

Nowadays everybody has a car, and there are a ton of contemporary models to choose from, which bear a resemblance to an old-style car, such as Dodge.

And because most people will choose a newer car, the only ones you’re going to stop and look at are the same ones people stopped for back then.

Isn’t that a little crazy? And wouldn’t you just love to be the guy who’s driving that eye-catcher? I know. Me too. But what you also have to consider is the fact that there are good reasons why most people will choose a newer model.

We’ve come quite a long way in terms of technology in car manufacturing, and we’ve improved on basically every aspect of it. For a lot of people, it doesn’t matter how cool the car looks if it doesn’t run as smoothly as possible.

But it doesn’t have to stay that way. You don’t have to let that get in the way of enjoying a classic car because there are ways around it.

The Quietest can actually help you solve this problem yourself as long as you have the right tools and material. But if you don’t, you can always ask a local mechanic for their professional help or assistance.

First of all, let’s think about what causes all of this excessive noise and how to fix it:

Older engines tend to be a bit louder for a couple of reasons. First and foremost is the type of engine that was used back then. They were bigger, they were all V6s and V8s as opposed to the more modern 4-cylinder ones and the bigger the engine the more noise it makes.

In addition to the size of the engine, there is more machinery in place. These days the number of mechanical components necessary to ensure an engine run has been reduced thanks to technological advancements.

And what this means is that there are more processes happening which are each making their own individual noises. A good solution to this is to use a much heavier grade engine oil, something that wasn’t available back then.

Heavy oil will act as sort of a muffler, keeping the noise under a kind of thick sound-suppressing cloak. You could also try to insulate underneath the hood but that’s a bigger job that’s not necessary when the oil is sufficient.

Speaking of insulation though:

It’s not like there’s more wind present when you’re driving an older car or anything, it’s just that these days we know how to reduce the amount of noise that wind causes for us while moving at high speeds.

In terms of why you can hear it more in a classic car, there are a number of different possible causes. Things like the door and window seal being damaged by time or just ineffectively designed in the first place.

Or maybe windows and doors are out of alignment which is allowing the wind noise in through those gaps. Again, this could be because the cars are old and these things have started to wear down, or it could be on account of the limitations of the time they were manufactured.

Not the most difficult thing in the world to fix either. Think in similar terms to how you might soundproof your home. Use some kind of insulation material like maybe foam or a stretchy form of aluminum.

This will help to plug up all of these gaps and also any rust holes that have formed over time in the body of the car.

Exhaust systems are naturally going to be extremely loud. They always have been, it’s one of the things that even back then there were measures taken to try and reduce the noise it was causing.

Even old cars had exhaust mufflers, but the trouble with them is that they never lasted. And if you have a classic car in 2020, those mufflers are going to be basically non-existent and the exhaust is going to be infuriatingly loud.

A good, inexpensive and fairly simple solution is to use some steel wool as muffler packing. Stainless steel would be preferable because it’s very resilient against high temperatures meaning it’s unlikely to blow out.

They will also last a long, long time. Fiberglass used to be a common material for mufflers but that’s not built to last in the same way that steel wool is.

While none of these things are going to make your car as quiet as one that’s brand new, you can see that there are a lot of effective methods of noise reduction, and they’re mainly ones that you can do by yourself.

So even if there will still be some excess noise, you can ensure that it’s reduced enough to not be a significant problem.

And you can actually solve this problem yourself if you have the right tools and material but if you don’t, you can always ask a local mechanic for their professional help or assistance. 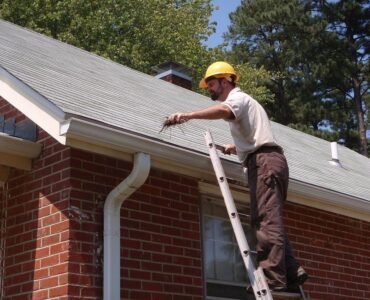 6 Tips to Clean Your Roof Right 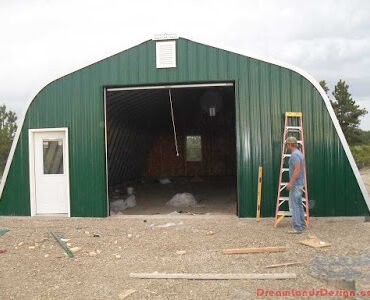 A Beautiful One Time Investment That Won’t Cost You Much 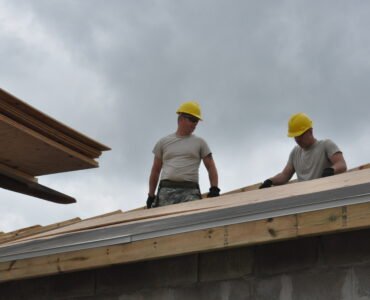 What To Look for When Hiring a Roofing Contractor 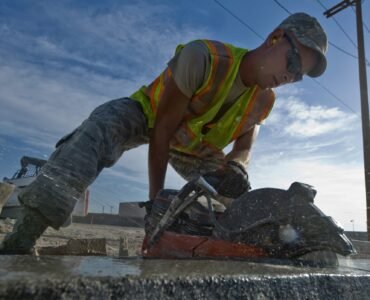