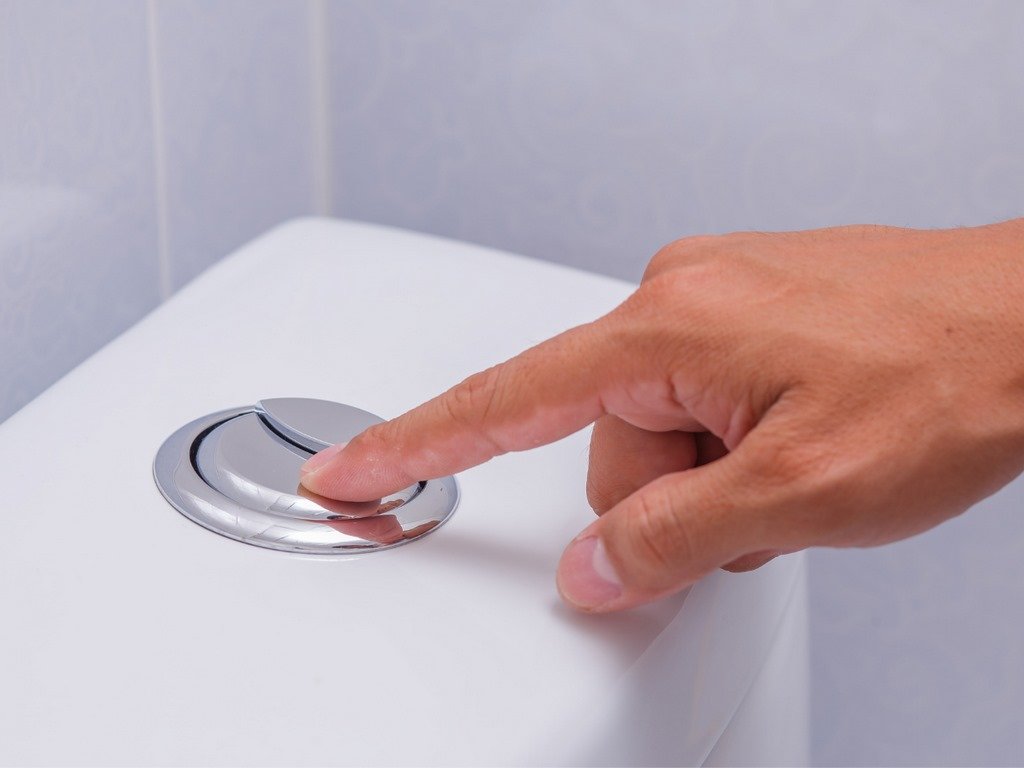 You're here: Home Bathroom What To Do to Fix a Gurgling Toilet

What To Do to Fix a Gurgling Toilet

The typical flushing sound coming from your toilet is usually a sign that everything is fine with your water line, but what if the sound suddenly changes? The scenario can be alarming, to say the least, but it’s not something that should cause you to panic.

If the normal flushing sound has turned into a gurgling noise, your toilet is telling you that it has a problem. The goal now is for you to find out what that problem is, and when you do, to look for the appropriate solution.

A blockage is often the culprit for the bubbling and gurgling sounds from your toilet. Ideally, only water and fecal waste should go down the toilet bowl; other than these two, your toilet is going to get clogged.

The blockage usually occurs in three distinct areas of your toilet. Depending on where the clogging took place, some obstructions can be removed easily while others will require the assistance of a professional plumber.

If the blockage is in the bowl, there’s no need to use any plumbing equipment. The obstruction is likely a piece of paper floating atop the water that simply refuses to go down. When removing the debris, keep yourself protected by wearing a pair of disposable gloves.

Toilet drain blockages are usually due to a buildup of toilet paper, sanitary napkins, or other similar items. When the obstruction is removed, flush your toilet and see if the gurgling sound disappears.

Your toilet’s water tank is normally made up of two flushing mechanisms. The first handles the job of filling the tank with water while the second works on releasing the water into the bowl.

These two mechanisms can malfunction at some point in time, often due to a blockage in one of the parts. A plumber will have to make the needed repairs, but if this is not possible, consider replacing your toilet’s tank mechanisms.

Things to Do When Trying to Fix a Gurgling Toilet

Since toilet gurgling is normally due to a blockage somewhere, there are various ways of solving the problem. It will depend on how severe the blockage is and where it is located. Consider the following when you step into the toilet to see how your gurgling problem can be fixed:

1.  Understand why your toilet is gurgling.

Obviously, the plumbing system has to be in excellent condition for your toilet to work properly. This means that there should be nothing blocking the water lines.

Unfortunately, this is not always the case. Obstructions can come in anytime and when they get to block both air and water in your toilet, all movement will stop. This creates negative pressure which forces the air to return to the bowl rather than travel through the pipes. This creates a gurgling sound in your toilet.

2.  Confirm the clog in the toilet.

Most cases of toilet clogs can be seen clearly as they are often items that were forcibly flushed down. Clogs can also occur when you flush too much toilet paper or if your child drops a toy into the bowl.

If you don’t think a clog is a reason for the gurgling, try checking your vent stack. This is a vertical tube that forms part of your home’s plumbing system and extends from the roof down to the different water lines in the house.

The vent stack has two main functions: first, it serves as a channel through which gas and bad odors escape; second, It regulates the pressure in your plumbing system.

When the stack is blocked, negative pressure is created and this results in a gurgling toilet. Other than that, you’ll notice that your home drain is moving a lot slower than before and there’s a nasty smell that pervades throughout the house.

The mainline is connected to your toilets, sinks, bathtubs, and other plumbing fixtures. It is responsible for draining all water from your home. A blocked mainline is often the result of overgrown tree roots or sagging pipes, but it can also be caused by flushing foreign objects down the drain.

To determine if the line is blocked, try running your sink and if this causes your toilet to bubble, then it’s a sign of water line obstruction.

The main water line of your home as well as that of your neighbors is connected to the municipal sewer line. If this is clogged, you’re likely not the only one dealing with a plumbing problem; the entire neighborhood is affected. Obviously, this will have to be reported so an investigation can be conducted.

A gurgling toilet can be alarming, but it’s not an entirely terrifying scenario. The gurgling sound is usually due to an obstruction and you just need to find out where it is and how it can be removed.

Even if the blockage is found in and around the toilet area, it’s always a good idea to get the services of an emergency plumber in Colorado Springs. This will ensure that the

problem is addressed to your satisfaction and hopefully will not turn out to be a recurring plumbing issue.

What To Expect from Your Bathroom Remodel