We decided to attack an annoying outdoor project before we get to having any fun. Since building our deck last year, a variety of animals have found our deck to be the perfect place to hideout. We’ve provided refuge to a family of robins, a rabid possum, moles, mice, and bunnies.

We decided to skirt the pressure treated wood deck to take back our back yard from the wild kingdom. As a side benefit, we thought a skirting would provide a more finished look.

The rest of this entry will chronicle some of the decisions we made and the steps we took to complete simple backyard project ideas.

We headed first to the lumber department to check out lattice. We knew though that the holes would be big enough to allow mice, moles, and eager birds through it.

This just wouldn’t do. When we costed out the number of board feet it would take to use pressure treated deck skirting boards instead we nearly had a heart attack.

Our epiphany came in the garden department where we found stacks of Dog-Ear Wood Fence Board. The wood is rough cut and intended for fences.

The advantage of the material is how thin it is which would fit nicely under the overhang of the pressure treated deck skirting boards. At $1.69 for 6′ boards, we figured we could get 2 slats per board.

It would take about 70 boards to face the entire deck which would cost just under $120.

Next, we needed to figure out what to attach the slats to along the ground. I ended up with a very simple idea. We would stake 2×4′s horizontally into the ground. I purchased (6) 12′ 2×4′s for this purpose.

To provide one more critter barrier I thought a bit of stone installed beneath the skirt might frustrate those trying to dig under the skirt. For this, we bought 20 bags of drainage rock.

I didn’t need to buy any screws because we had a ton of FastenMaster Deck screws from building the kids’ playset. These screws have square heads and will not corrode in the new kind of pressure-treated wood deck skirting.

Figuring out the Technique

Day 2 — The first real day of construction took the longest because I needed to build the base plate into which we would fasten the bottom of the skirt. Using my chop saw, I first cut 18″ stakes to drive into the ground.

I used a plumb line to establish the face of the skirting and left 1.5″ of space behind the plumb line for the 2×4 to fit.

With the base plate in place, we were able to begin installing the skirting. We started under the stairs; working our way from the most complicated end to the least. Under the stairs, we had to notch some boards to match the rise and run.

The length of the skirt boards varied slightly as the distance between the top of the pressure treated deck skirting and the ground changed. We butt the boards against one another, knowing that as they dry they will shrink.

At one point there looked to be a tilt to the boards left to right, so we began to use our level to ensure each board was true. By the end of the first night, I had completed part of one side.

Getting in a Rhythm to Finish the Job

Day 3 — The third day was a Saturday, so we could count on a full day of work. We set up our worksite with an electric drill for pilot holes and a cordless drill to drive the screws.

Tricia could bark the lengths of the boards to me for cutting while she was installing the boards. We made it through 2 sides of the project before we couldn’t bend over anymore.

Day 4 — We rounded the last corner of the 20×25′ deck and installed the last board. To make absolutely sure that no animals would get through our fortress we plugged up any small holes between the skirt and the house with foaming insulation.

Overall, we are very pleased with the project. It was straightforward, simple carpentry with very few challenges. The skirt makes the DIY pressure treated wood deck skirting ideas look clean and finished. We will give the wood a year to rest before we seal it. 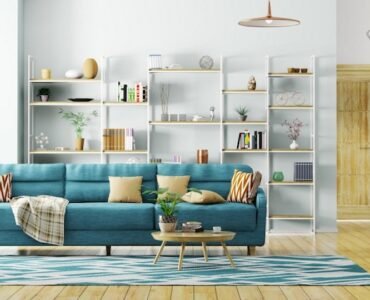 The Art of Couch Buying: How to Choose a Great One 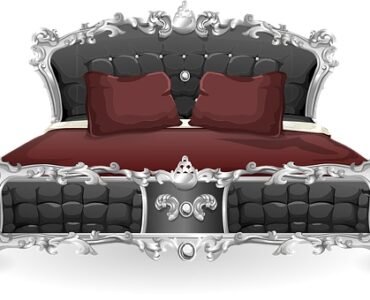 Three Types of Latex Mattresses Available in the Market Today 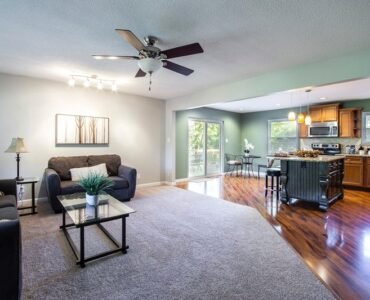 Get the Best Timber Floorboards at Your Home for Aesthetic Appeal 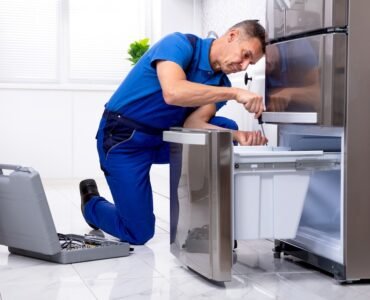 Home Improvement Tips: Does Your Appliances Need Repair or Replacement?

How to Find the Best Moving Services in Ohio?

Refurbish Your WFH Area Within in A Budget

5 Things to Know for Gardening Beginners

6 Tips for a Clean House with Pets