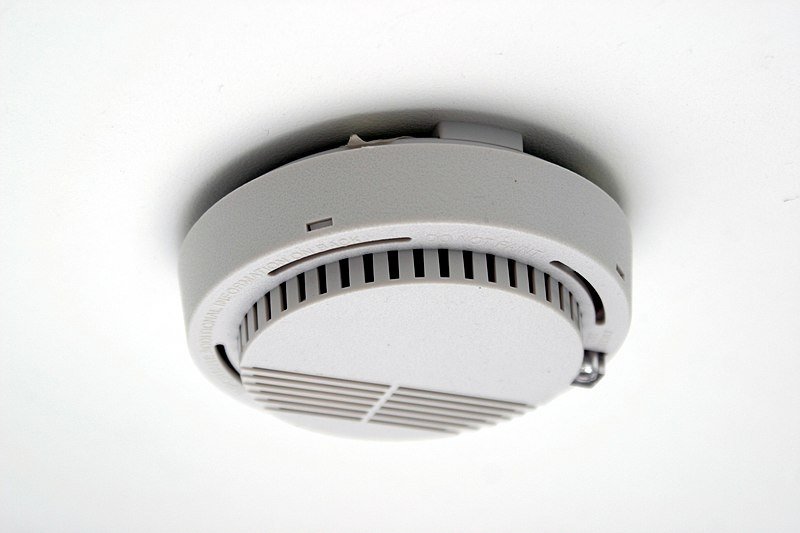 You're here: Home Home Improvement Is Having a Smoke Detector Installed a Wise Choice?

Is Having a Smoke Detector Installed a Wise Choice?

Smoke detectors are one of the most crucial devices in any household, yet so many people fail to understand how they really work.

There are two types of smoke detectors in any apartment-

We are sure that some of you might be thinking, why should you even know the difference? But a little knowledge here could save your life one day!

These are one of the most common and readily available smoke detectors. They use a light source and a light sensor to detect smoke.

Its working is quite simple to understand. This device emits light. When there is smoke in the room, the light reflected by the device is blocked by that smoke.

Which is then a signal to the detection chamber. As soon as the signal is transferred, the alarm trips.

This smoke detector is used in most places because it helps catch fire at the very initial stages.

We all know that before the fire catches up, there are fumes in the room. Fumes can be smoky or dangerous, nevertheless, the detector can sense them and then alert the owners. Making it a very safe and sound option for people to install.

As suggested by its name, these detectors use ionized particles to detect fire. In each detector, two electrically charged plates contain some kind of radioactive material in between.

The electric charge and the radioactive substance cause a chemical reaction that ionizes the air and the current starts to flow heavily between both plates.

When the smoke enters the detector, the current gets disrupted and the alarm gets activated.

These alarms work best in flaming fires, which produce large smoke. Unlike the above said, these do not sense fire at the initial stages.

Hence, these alarms could be used in places like kitchens or factories where there is a regular firework, yet you don’t need your alarms tripping just at a small amount of smoke.

Which Smoke Detector to Install?

Well, this is one of the most thought-about questions, yet there is no right or wrong answer here. You can install any one smoke detector which matches your needs.

Although, it is recommended that you do not install both types of detectors in one place.

The real doubt is, which power supply should one use!

There are mainly two options to make sure your detectors are fully active to take care of you. Though, one option is safer than the other.

This is a convenient and common option. The smoke detectors, especially the photoelectric smoke alarms, do not use much battery, and hence, people prefer to use them to supply power.

It is low maintenance and requires yearly changes. Yet, batteries are not 100% safe. They can drain out and render the device useless at any moment, and you may not want to risk your life on such unpredictability. For that, we have another option for our power source-

As the name suggests, these are wired to the main electrical system of the house. These alarms also require batteries, but unlike the previous ones, batteries are in case of an emergency as a backup.

They, in general, never go out of power and run-on electricity. Hence, they are safer, and the maintenance is quite similar to the battery smoke alarms.