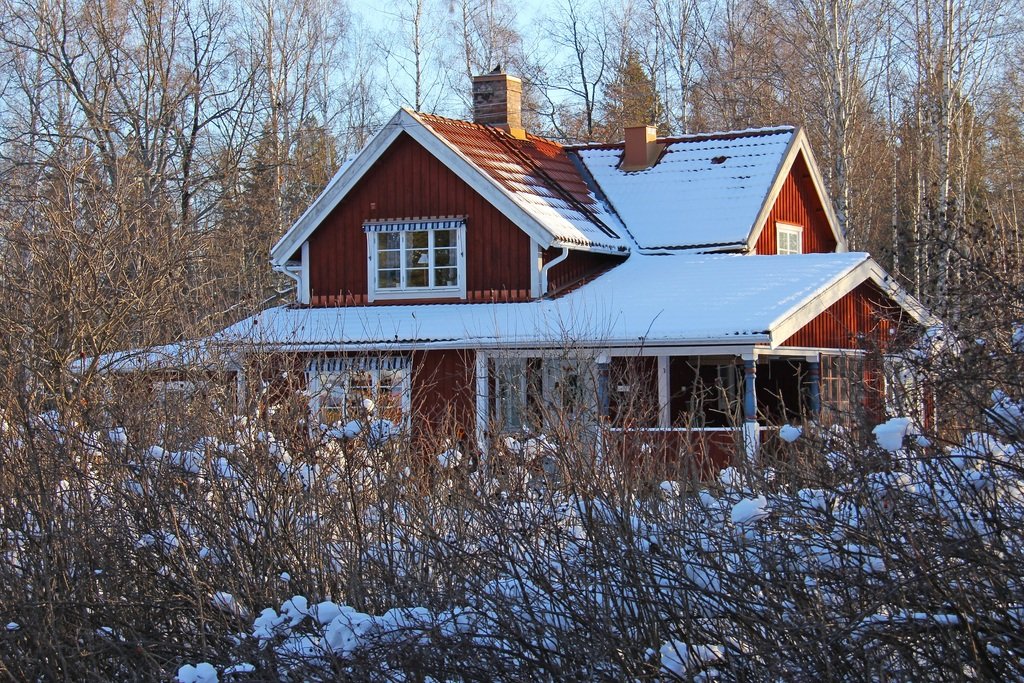 You're here: Home Home Improvement How Snow and Sun can Damage Your Roof

How Snow and Sun can Damage Your Roof

There can be great variation in roof design and structure even among residential living communities. While your neighbor might have an asphalt shingle roof, you might have elected to install a tile roof or even create a barndominium with a standing seam metal roof protecting it.

Because there’s such diversity in roofs, there’s a great variety of ways in which weather affects your roof’s health. From blistering summer sun to frigid piles of snow, the weather is not kind to Utah roofs.

Our snowy winters are only topped by the record highs we’ve had over the past few summers. Bouncing from one extreme to the next, roofs that don’t have protection can often experience strain from snow and sun, leading to big issues.

Metal roofs are one-of-a-kind when it comes to hardiness. They can withstand massive wind and aren’t affected too terribly by water damage. The sturdiness and structural integrity condominiums provide, as well as their accessible pricing and customizable design, make them so appealing.

But the undue weight that a large amount of snow puts on metal roofs can cause warping, breaking, and total collapse of the roof. Especially in areas with heavy snowfall, cave-ins are common for metal roofs.

As if that weren’t bad enough, because metal roofs are so smooth, snow can also compact more firmly on the surface than it can on roofs with the friction caused by tile or shingling. This compacting causes large drifts that, when dislodged, are no longer light and fluffy piles of snow but deadly sheets of ice that can crush someone in a heartbeat.

Additionally, when the summer head starts beating down on metal roofs and then cools abruptly with nightfall, your metal roof experiences thermal shock, which can cause it to bend and warp and even break from the severe weather change.

Because they have these weaknesses, it’s important to protect metal roofs from heavy snowfall and dramatic temperature changes.

Since they are less streamlined than metal roofs, tile roofs are more likely to be damaged by snowfall in smaller ways that add to big problems instead of a massive cave-in common in metal roofs.

But these smaller issues add up fast. Whether your tile is cracking, you’re flashing is knocked out of line, or water damage is tearing apart your roof, snowfall can be a dangerous natural enemy to tile roofs.

On the contrary, sun damage is more gradual for tile roofs. It slowly weakens the integrity of the tiles with constant UV rays, and the heat causing the clay or concrete to expand and contract over time will result in cracks and breakage. Although tile roofs have been used for centuries to protect homes, they are not infallible.

Tile roofs will last up to 60 years, only with proper maintenance and protection. Without the necessary measures, you will be looking at long-term damage that will significantly decrease your roof’s lifespan.

Like tile roofs, shingle roofs suffer from sun exposure on a long-term scale. While they also weather and crack, shingle roofs are likely to change color in the sun, which can cause major problems in the appearance and overall worth of the house.

This damage is particularly a problem with darker-colored roofs, where the color is sapped out of them by the strong sunlight.

Although changing shingle colors doesn’t seem like that much of a problem at a surface level, if your roof starts to resemble a patchwork quilt, you’ll likely have to replace the whole thing before you can hope to sell your house.

In a market where people buy houses far above the asking price without batting an eye, making sure you can get the most for your property is at the forefront of many homeowners’ minds.

And shingle roofing is not impervious to snow, either. Water damage, pressure damage, and dislodged shingles are all problems that homeowners with shingle roofs have to face.

To a lesser extent than metal roofs, tile and shingle roofs are also likely to compact snow from heavy snow falls on their sides and release heavy landslides on anyone who walks underneath at just the wrong time.

One of the great aspects of snow is that it melts, so it’s not constantly around. Unfortunately, that means that your roof will have to survive potential water damage. Water damage can look like anything from rust to mold to rotted wood to a leak extending through your roof and home.

Water damage is usually difficult to address once it establishes itself, and it can be pricey to fix. While the snow is still frozen, however, it is incredibly heavy. Although it’s not a problem in areas with less snow, in areas that get several inches consistently throughout the winter, cave-ins are possible and do happen.

If your roof caves in, it will be incredibly expensive to repair, and you won’t be able to live in your home for a while. And people can get hurt. Another way that snow damage on roofs can hurt people is through the compacted snow drifts that slide off roofs and damage property and people they land on.

People die every year from these sorts of compacted drifts. Although many people don’t like to think about this, it is a serious issue you must address if you want to have a safe home.

Alongside bleaching darker rooftops, sun damage can also cause cracks and dry-out coating such as bitumen, which can be used on some roofs. However, the most common form of sun damage is danger from UV rays that weaken the roofs until a weak point gives.

The best protection against sun damage is constant maintenance of your roof, and certain coatings can protect against UV rays. But there’s a much more dependable solution for snow damage: snow guards.

Snow guards protect your roof from damage by preventing snow buildup and dangerous drifts. Snow is broken up into manageable sections, which slide off the roof with no damage done. So although weather damage can cause severe problems for your roof, there are solutions to protect your home.