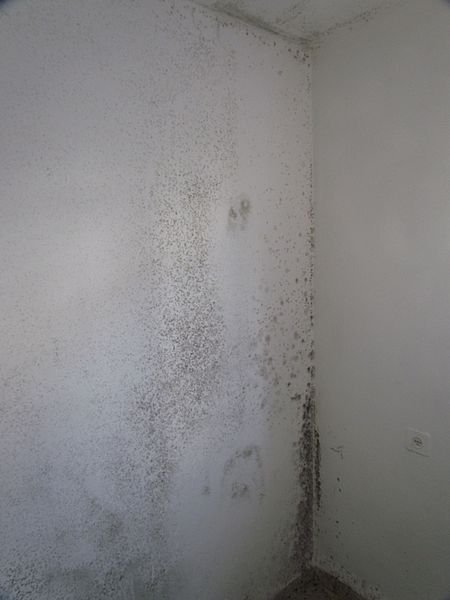 You're here: Home Home Improvement Mildew vs Mold: What Are the Differences?

Mildew vs Mold: What Are the Differences?

Some homeowners discover they have mildew or mold and start to panic. However, the truth is that most forms of mold are quite harmless. In fact, about 70% of homes in the United States have mold!

So what do you need to understand about the differences between mildew and mold? Read on to learn all about the most important things that separate these two types of organisms!

Mildew can grow extremely quickly. You might have experienced the smell of mildew if you let wet clothes sit in your washing machine for too long.

You might also have experienced mildew in your home if you let a wet article of clothing or a towel sit without drying in any place in your home. You can often identify mildew by its color. Mildew will generally look gray or white. However, it can also look light brown.

Mildew is a fungus. It generally grows on damp surfaces because it depends on plenty of water to grow. It will often have a powdery appearance that can help you identify it.

Usually, most areas in your home will not develop mildew. It is only the dampest areas of the house that tend to develop it. You can often prevent the development of mildew by keeping those areas of your home as dry as possible.

Mold is also a fungus. However, it is quite different from mildew. For one thing, mold is usually significantly darker than mildew. It will appear gray, black, or somewhat green.

On top of that, mold is less likely to look powdery. Instead, it is likely to look light and fuzzy. Instead of only growing as a flat patch, it might have a certain amount of volume and structure.

Mold also tends to grow in the parts of your home that have the most moisture. However, it can also easily grow on fruit, bread, and cheese.

The truth is that mold is extremely common. In most cases, it is harmless. But the more that you let mold develop, the more likely it is to become harmful.

Compared to mold, mildew is relatively mild. However, it can still cause serious health problems. The difference is that these health problems are somewhat rare.

Some people are more sensitive to mildew than others. In particular, people with respiratory problems may be susceptible to mildew. The mildew guide of health problems is extensive.

In most cases, mildew will start to cause problems when people start to breathe it in. That is not that likely to happen when there is only a little bit of mildew in your house.

However, if you let your mildew sit and develop, you may start to suffer symptoms.

At first, symptoms from breathing in mildew might consist of difficulty breathing and nausea. However, it can also cause headaches and fever as well as general pains and aches in the body.

In rare cases, exposure to mildew can lead to more serious health problems. Sometimes, people’s nausea gets so serious that they start vomiting. Their respiratory difficulties can develop into bronchitis that lasts for long periods of time.

In some cases, mildew can even be responsible for brain damage and bleeding in the lungs. Some people have gone blind from exposure to large amounts of mildew.

It is true that these more serious health problems are not common. However, one of the reasons that they are not common is that people quickly clean up their mildew. If you do not do so, you may start to develop more and more serious symptoms.

The mold guide is similar to the mildew guide in many ways. The more that you let your mold develop, the worse it may affect you. At the same time, serious problems with mold are not common.

People are generally harmed by mildew by breathing it in. The same principle applies to mold. However, people can also suffer serious problems due to contact between mold and their skin.

At first, people who are especially sensitive may simply develop small rashes. Mold tends to cause rashes that are either pink or brown.

Some people are allergic to mold. This allergy can lead them to suffer from chronic headaches and sneezing. Some people suffer these problems constantly because of unknown mold hiding in their homes.

People with asthma can suffer from asthma attacks because of exposure to mold. On top of that, everybody has some chance of developing hypersensitivity pneumonitis due to exposure to mold over longer periods of time. This is an immune system disorder that leads to chronic fatigue, bodily aches, and coughing.

When you learn about identifying mildew and mold, you may soon discover that you have a serious water damage problem that needs resolving. The right mold and water damage restoration can help you resolve your problem quickly.

Understand the Differences Between Mildew vs Mold

We hope learning about the differences between mildew and mold has been helpful for you. Many homeowners never take the time to understand how these two organisms are different.

Unfortunately, that can lead to over-reaction or under-reaction when they misdiagnose their mildew or mold situation.

Learning a little bit more about mildew and mold is an investment in the maintenance of your home. To keep up-to-date on the latest information in home living, lifestyle, and more, check out our other articles!