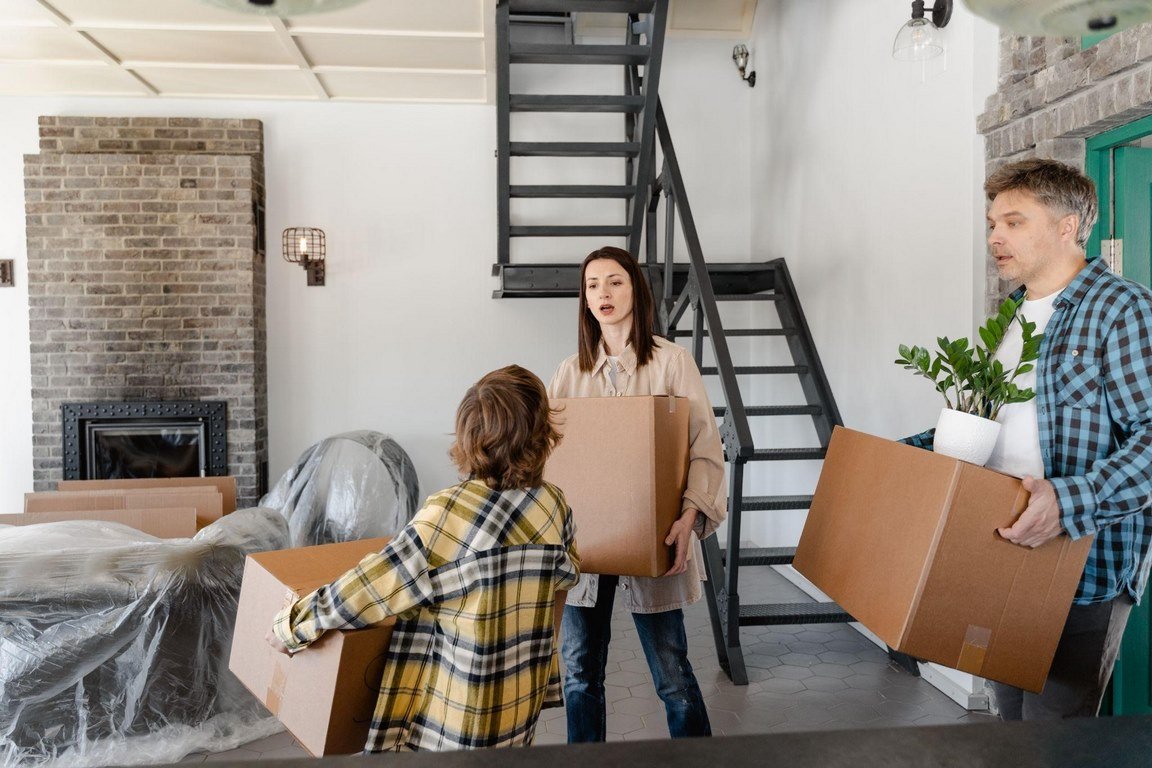 You're here: Home Home Improvement Movers Singapore: How to Build Motivation to Unpack After Moving to a New House

Movers Singapore: How to Build Motivation to Unpack After Moving to a New House

You’ve prepared all the boxes with all your belongings inside ready for moving, some movers Singapore were assigned for your move have arrived on time and the entire moving process is as smooth as expected.

However, you still felt extremely drained to the point of not being able to bring yourself to unpack as soon as you finished. We understand that the moving process tends to be tedious most times, so it’s perfectly fine to feel tired after all that lifting and traveling to and from houses.

Regardless of whether you opted to avail yourself of the services of movers, the process will really be using much of your energy. But days later, you can’t bring yourself to unpack your stuff since it’s another task that seems to require huge amounts of energy.

This may be true, but you can’t just stay at your new place while not touching the boxes at all. Soon, these will become obstructions to your path and would only take up too much space. That’s why we’ve got your back! Check out these steps on how to build your motivation to unpack those boxes you’ve transported and arrange your things accordingly.

Schedule your Own Unpacking Date

The date when you decide to begin the unpacking process is all up to you. This is because it’s not similar to the moving process which has to be stricter since it needs to coincide with the date you’ve officially announced your residence in the new house.

Moreover, you have to look for cheap movers in Singapore that are near your area and let them check if they can cater to your moving requests on the date you suggested to them.

But with the unpacking procedure, although it’s less strict, you still need to set a date because no movers will help you this time. It’s your responsibility to handle such tasks since you’re already dealing with your personal belongings directly.

You Don’t Have to Rush Your Own Unpacking Process

Again, unpacking is not the same as moving. The former doesn’t have to be rushed and finished within the whole day. Perhaps you thought that unpacking should be accomplished as soon as possible so that you have everything in place. While that’s good, it may affect your physical and mental health.

The unpacking of items will usually take many days and will eventually lose your motivation to finish it. You can set schedules for every box that you need to open per day so that it won’t take too much of your time and energy.

Don’t pressure yourself into not being able to open your box immediately. Allow yourself to be fit in order to carry on with the unpacking process.

Surround Yourself with Elements That Provide Positive Energy

Who said that unpacking is a totally boring thing to do? That’s where you’re wrong! Unpacking your items may be part of your tasks but it doesn’t have to be all that dull and plain. You can invite some friends over to help you or if you’re alone, you can put up your favorite music to get you energized while removing the items from the boxes.

Once you’ve finished unpacking, you can treat yourself to some sumptuous meal to congratulate yourself on a job well done! Remember, to take breaks as well in order to maintain the balance between your physical and mental stabilities. Know when you are fully capable to handle all that unpacking tasks.

Ignore the Distractions Occurring During the Unpacking Process

We are greatly aware that you can’t really find yourself being all revved up to unpack the boxes containing all your belongings. There could also be distractions along the way that could hinder your productivity. This is different from when you were moving to your new house alongside Singapore movers which required a bunch of items and things to do.

Especially because most of the time, people couldn’t leave without a phone in their hand. As much as possible, prevent touching your phone. Keep them out of sight to prevent yourself from accessing your phone applications that could serve as distractions while you’re undergoing the unpacking process.

The Decoration Should be the Least Priority

We understand that the whole ordeal of the unpacking process is stressful, but you don’t have to remain in that stressful situation especially when you are not knowledgeable of where to put things in their respective places. You can worry about the positions and areas that will be filled with items but this shouldn’t come right after the unpacking.

Moreover, you can always move the arrangement to the next day and maximize the remaining time to let yourself rest. Your body needs to gain all the rest that it will need in order to make yourself comfortable while doing the unpacking

Do not be carried away by having to decorate the entire space immediately. The goal is not making the look of your home pretty quickly but having to put your items in place. You have to know how to organize the items in a way that doesn’t feel too crowded or take up too much space in your house.

The unpacking process seemed easy to accomplish and could be some form of relaxing activity. But, as soon as we attempted to carry out the unpacking mission, it seemed unexciting and ordinary.

It is demotivating, after all. We tend to procrastinate and it is totally normal. Meanwhile, the actual moving process which was done together with movers Singapore, was a success and their duties were executed well.

Remember to surround yourself with things that allow you to build yourself up and encourage you to do things that you’re supposed to do. Let positive energy enter your space and find joy in unpacking the boxes.

Who knows you might even have a trip down memory lane with all the things you’ve probably kept when you were a kid and are now resurfacing to let you remind you of the things that are related to you?

Have you decided to do the unboxing but do not have any ideas how to get yourself? Browse this article to know more about the unpacking process and what things to consider.