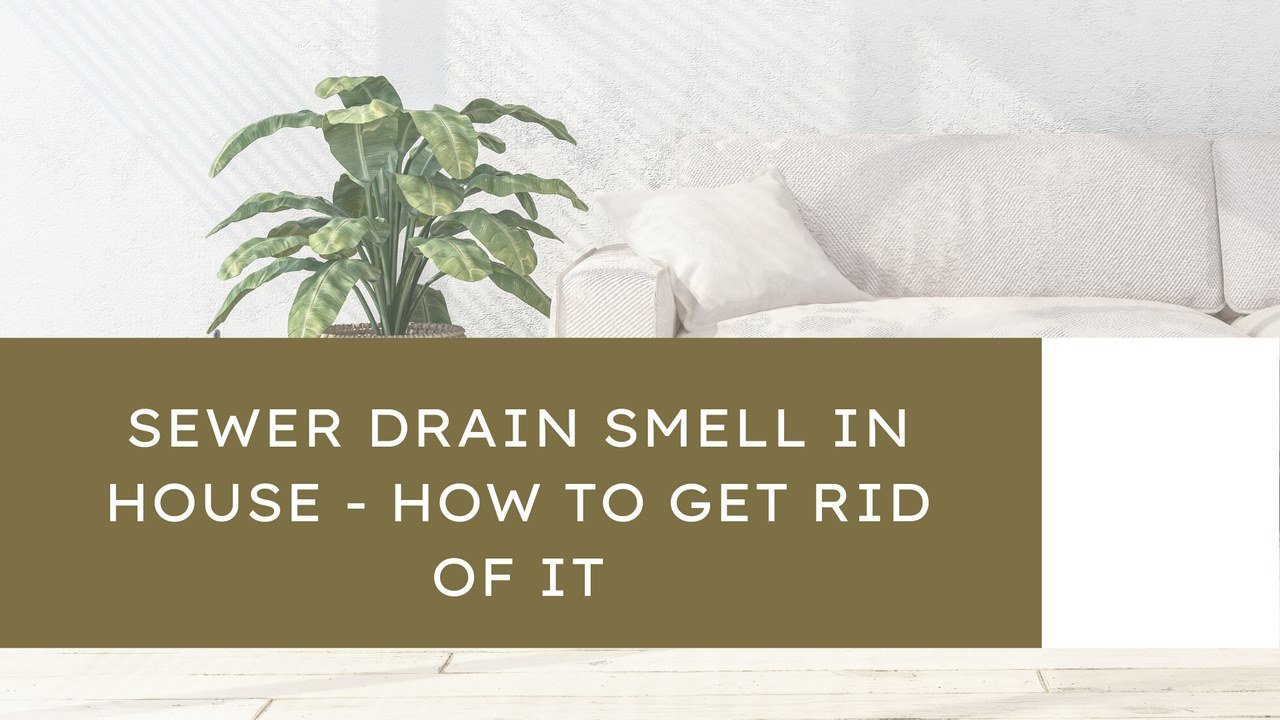 You're here: Home Home Improvement Sewer Drain Smell in House – How to Get Rid of It

Sewer Drain Smell in House – How to Get Rid of It

House plumbing is a critical issue that needs to be handled by a professional. Sewer smells in houses are a common problem faced by many households. However, it poses a health risk, unlike other odors that can emanate from one’s house. The sewer smell is sometimes a combination of hydrogen and Sulfur to form hydrogen sulfide. 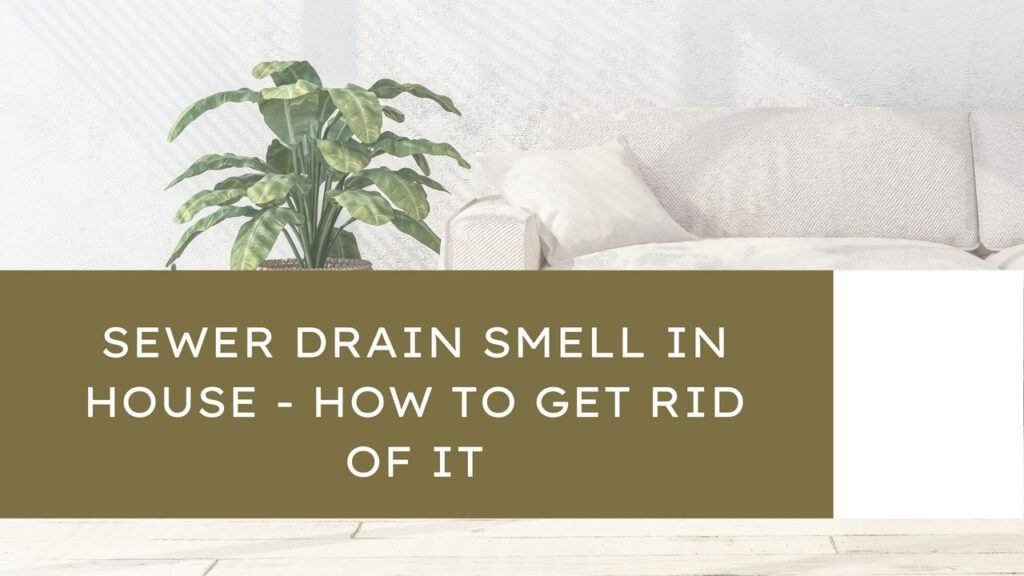 Hydrogen sulfide poses many dangers to one’s health. In its gaseous form, it can cause dizziness, convulsions, apnea, and coma, among other conditions. These conditions show the urgency that one should have to get rid of the sewer drain smell in the house.

A terrible sewer drain smell is often associated with a plumbing issue. The first step to take when solving the issue is to figure out where the smell is coming from.

To figure out where the smell is coming from, you must look at the specific areas that can produce the smell.

What Causes the Sewer Drain Smell in the House?

There are many possible reasons that could lead to a sewer smell in the house. Most of these reasons are attributed to the following:

All wastewater from a house is drained through a system of wastewater pipes that connect to a larger water disposal system into the main sewer. Due to the physical nature of the drainage pipes, they are susceptible to common issues that face other physical products.

Water drainage pipes can get loose joints over time with use, they can also break. Numerous factors could cause these issues but the most common ones are degradation due to frequent use over time.

When a drainage pipe breaks or becomes loose, the wastewater collects in the surrounding area. When the pipes drain water for a long time, it can make the area develop a swampy nature. In such a situation, all wastewater will now start backing up into the pipe instead of being drained.

Reporting such issues to a plumbing company will help get rid of sewer smell in your house. This is not an issue that one can solve as a DIY project. In the past, defective plumbing systems were repaired by excavating the whole area and replacing the broken or loose pipes.

This technique has however been replaced by pipe relining. The scale of the defective plumbing can however be very large that all the pipes will have to be replaced. In such situations, replacing all the pipes helps to prevent a complete collapse of the whole plumbing system.

If you notice your bathroom smells like sewage, you are definitely having issues with clogged drains. In completely sealed-off piping systems, one often finds themselves ignoring the possibility of a clog in the drains. Clogs in plumbing systems block the sewer gasses thereby forcing them back up and into your house.

When it comes to home drainage systems, clogs can develop over time due to the accumulation of fat. Clogs can also develop from kitchen refuse dropped into the kitchen drains. These are the most common materials that can cause clogs in a home drainage system.

Over time, the roots exert pressure on the pipes and they penetrate, causing blockages. Clogs in pipes are eliminated through augering. An auger is used to break up the clogs in drain pipes. The auger is moved and pushed in different ways to break up the clog and clear space in the drainage pipe.

Sewer lines are often equipped with vent pipes that allow gasses and bad odors to dissipate into the atmosphere. The ventilation pipes for sewer systems are often located outdoors. It is good practice to regularly check the vent pipes for any obstructions.

An obstructed sewer vent pipe will cause an accumulation of sewer gasses into the pipes. These accumulated gasses will eventually travel back into the pipes and exit through your household appliances such as bathroom sinks and toilets.

How to Get Rid of Sewer Smell?

We have already established the fact that in most cases, the sewer smells, and foul odor emanates from drainage places in the house. This puts kitchen drains, bathroom drains, toilets, etc., as the first places to check for the source of the smell.

There are various methods that can be used to solve the issue depending on where the smell is emanating from. 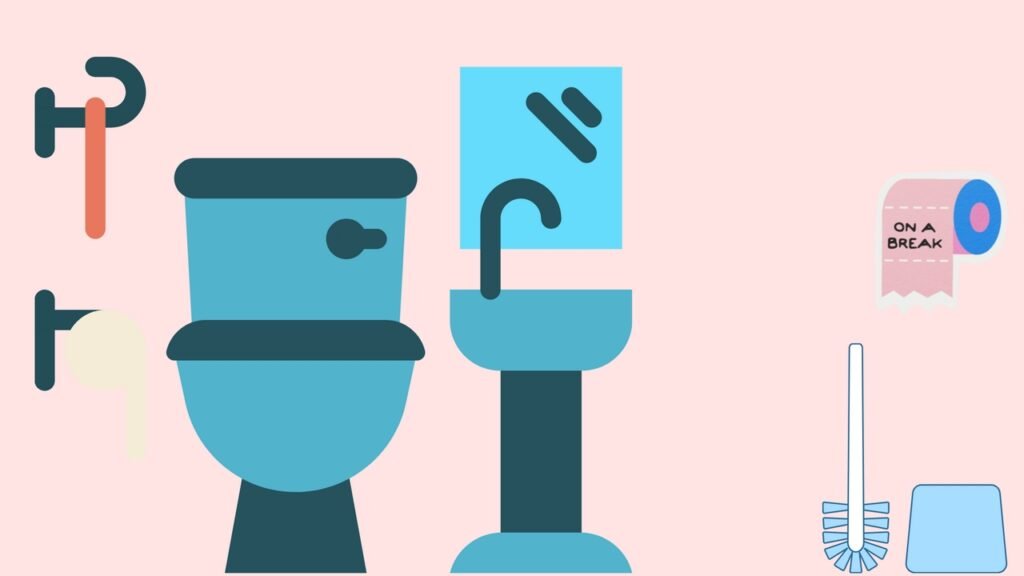 Toilets can have a variety of reasons as to why they are leaking sewer gas into the house. The most common reason is a faulty toilet wax ring. The wax ring on the toilet acts as a separation between the toilet and the sewer.

The wax ring prevents foul odor from the sewer from getting into the house through the toilet. After a while, toilet wax rings should be replaced due to normal wear and tear with use. If the cause of the sewer smell in the house is the toilet wax ring, replacing it will fix the issue.

Toilets can also be a source of sewer smell when they are not used for a long while. This happens because the internal trap that holds the water to prevent odors from getting in can dry up. If a toilet is not in use, it is advisable to flush it at least once a week to ensure that the internal trap never runs dry.

The sewer smell coming from the kitchen sink is often due to a clog in the drainage pipes. Depending on the type of clog, the solutions can vary. However, as a general rule of thumb, you should pour hot water down the kitchen sink.

Similar to the toilet, the kitchen sink can also have an odor due to a dry trap. When the trap is dry, sewer odors can come up through the piping and end up in the house. It is also advisable to at least let the tap run for at least one minute daily.

Kitchen sink sewer odors can also be due to the build-up of biofilm in the sink’s parts. This can only be solved by disassembling the lower part of the sink. After disassembly, you should thoroughly clean the parts, ridding them of any junk build-up.

A smelly shower drain is very common when talking about sewer smell. In most cases, it is due to the accumulation of dirt, grime, and fats from body lotions, shampoos, shower gels, etc. The accumulation of such materials can cause a build-up of bacteria that create a foul smell from the drainage.

In such cases, the best option is to remove the shower drainage cover and use a scrubber to thoroughly clean the drainage.

Other than opting to remove the shower drainage cover to clean the drain, you can also use other products to solve the issue. The first step is to pour two cups of vinegar into the drain then follow it up with 50 grams of baking soda.

Let the combination soak and set for about two hours. These help to clean the drains and rid them of any bacteria or mold that might be in them.

After letting it sit for two hours, pour two liters of hot water down the drain. This will wash away the vinegar and baking soda and also clear up the cleaned-up dirt and grime.

After pouring hot water, pour chlorine bleach down the drains and leave it for about an hour. After the hour, pour another two liters of hot water down the drain.

The final step is to leave the shower open for about 5 minutes. This helps to ensure that the chlorine smell is completely cleared from the drainage and your bathroom is left smelling fresh.

It is therefore advisable that you wear an air filter when working on drains or any other source of sewer smell.

Some issues that cause the sewer smell in your house can end up being of a huge magnitude that you might be required to move out for a while. This should be in your mind when calling a professional to fix the issue for you.

Moving out is often advised when an overhaul of the plumbing system is the only fix for the issue. Though it might seem inconvenient, this is a one-off solution that will solve your problem and keep you well for a long while.