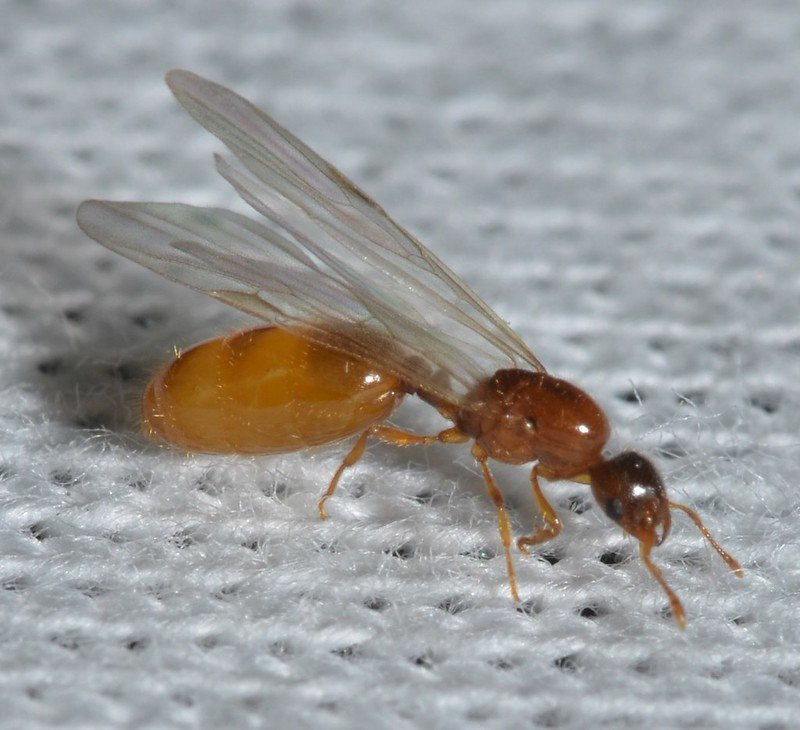 Most of the year you won’t see a flying ant or termite. It’s only during spring and perhaps the start of summer that termite swarmers and flying ants appear. Their role is simple; to find a mate and start a new colony.

The wings simply help them to locate their mate and move quickly to a place to start a new colony. It’s usually relatively close to the existing colony.

You should note that termites only tend to swarm when their existing colony has grown too large. In short, if you’re seeing flying termites then you already have a well-established termite colony in the area or within your home.

Flying ants also leave their colony to find a mate and start a new colony. In this case, it is the female that flies and searches for a mate. They will become the queen of the new colony.

Ants can be a nuisance, they will march into your house to eat anything sweet. However, although they are a nuisance, they are effectively harmless. The same cannot be said for termites. They love to eat wood and a colony can consume six inches of 2×4 in just five months.

Seeing swarmers means there is a termite colony in the vicinity and you’ll need to call your local pest control company to take care of it.

How To Tell the Difference

At first glance, there doesn’t appear to be much difference between swarmers and flying ants. However, there are a few key differences. It’s worth capturing one to inspect it closer.

The first thing you should be aware of is that termites have four wings, two at the front and two behind. They are all equal in length. In contrast, the four wings on a flying ant are different. Their front wings are significantly longer than their rear wings.

It’s also worth noting that termites mate to establish a new colony. As soon as the colony is established they will shed their wings. If you see a concentration of wings anywhere then the flying insects are likely to be termites.

If you’re looking closely then you’ll find that the waist is different on a termite in comparison to a flying any. Termites are known to have broad waists, roughly the same size as the rest of their body.

Both these insects have antennae which help them to know what is going on around them. Termites have bent antennae while flying ants have straight ones.

If you notice a lot of insects swarming near your house make sure you keep the windows and doors shut until they have gone. Naturally, if you identify them as termites you’ll want the experts to help you eradicate them.

Leaving them in your home allows them to eat your wood and potentially cause structural damage to your home.