5 Types of Gazebos for Summer

Are you thinking about installing a gazebo on your property? These additions to your yard can come in very handy for a wide variety of reasons.

A hard top gazebo is great for all weather conditions. Here is a shortlist of the 5 best types of gazebos that you can install for the summer season. 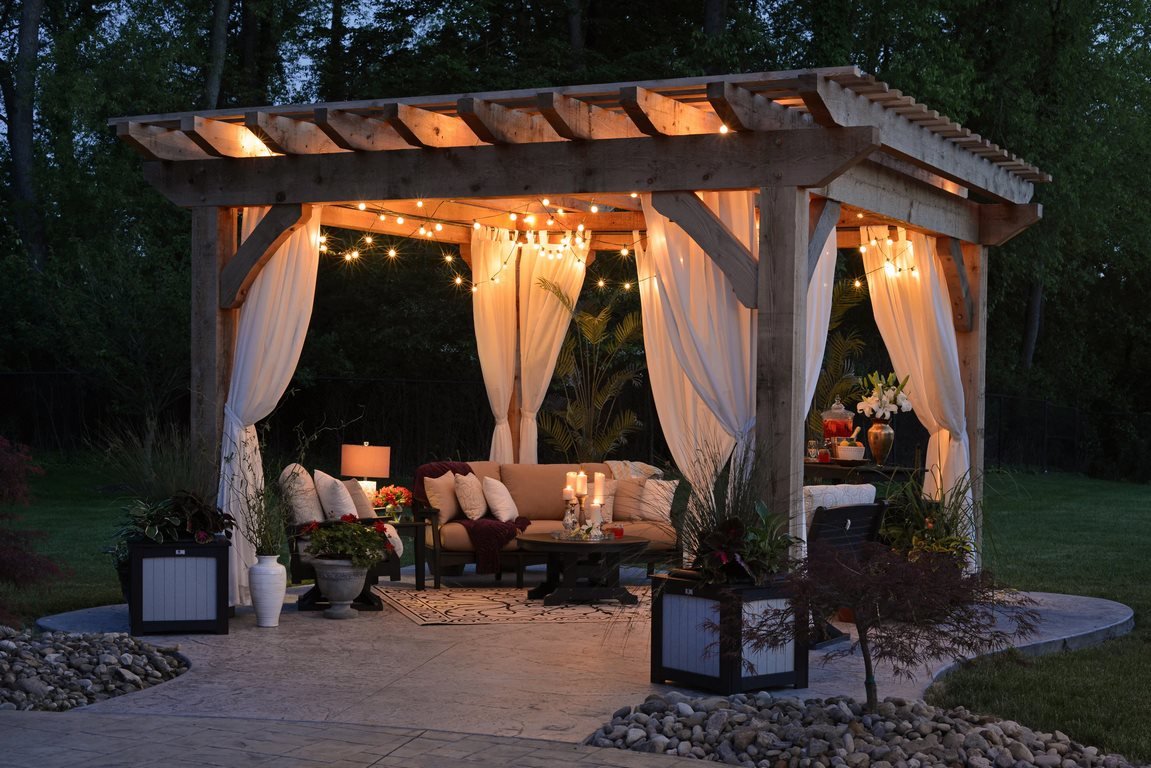 5 Types of Gazebos for Summer

True to its name, a folly gazebo is a structure that is built basically for ornamental purposes.

It doesn’t actually serve many purposes beyond giving your yard a unique extra feature that can add to its overall style and beauty.

This type of gazebo is thus a “folly” in that it’s really only meant to look good.

With that being said, a folly gazebo can be a very nice addition to the decor style of your property.

It can be the centerpiece of your garden or the perfect counterpart to your home style. You can make it look like a bit of ancient Greek, Roman, or Indian ruins. It’s a stylish addition that adds a unique look.

The rotunda is the first of the genuine hardtop gazebos on our list and one of the most classic and common models.

If you have been to a fancy garden party held by wealthy neighbors, you have very likely been in or near a gazebo of this type. It has long been a favored addition to the homes of the well-to-do.

A rotunda is basically a large circular structure with a domed roof. The structure is supported by pillars that give it the look of a classic Greek or Roman building.

Although it has no walls, it can be very useful as a bandstand or as a place to take shelter for a bit if you are caught outside in the rain.

One of the most popular styles of a gazebo in the Eastern world is the pagoda. This is a type of gazebo that is based on the traditional look and feel of a classical Japanese pagoda.

It’s built to mimic the style of a Buddhist temple. The pagoda style is also becoming more well-known and sought after in the West.

Perhaps the chief stylistic feature of a pagoda is its trademark pointed roof. The entire rest of the structure leans on wooden pillars that curve upward in anticipation of this point.

The pillars can be stained to give the feel of a classic wood grain finish. This will top off the effect in a very desirable way.

You can top off your classic pagoda gazebo in a number of ways. For example, you can give it two or even three tiers.

This will give your structure the authentic look and feel of a place of rest, relaxation, and contemplation. This will be the perfect addition to your garden, especially when placed as the centerpiece.

It’s little more than an open structure, usually rectangular in shape, supported by a series of slim columns. It’s a sleek and unobtrusive way to center your garden.

The pavilion is popular due to being very quick, easy, and cost-effective to put in place. It can be used for a variety of purposes from hosting a band to set out food for a barbecue or other type of garden party.

It can even be set up with furniture in order to host a wedding or other door event.

Having a pergola gazebo in your backyard or garden can really bring a touch of the tropics to your property. 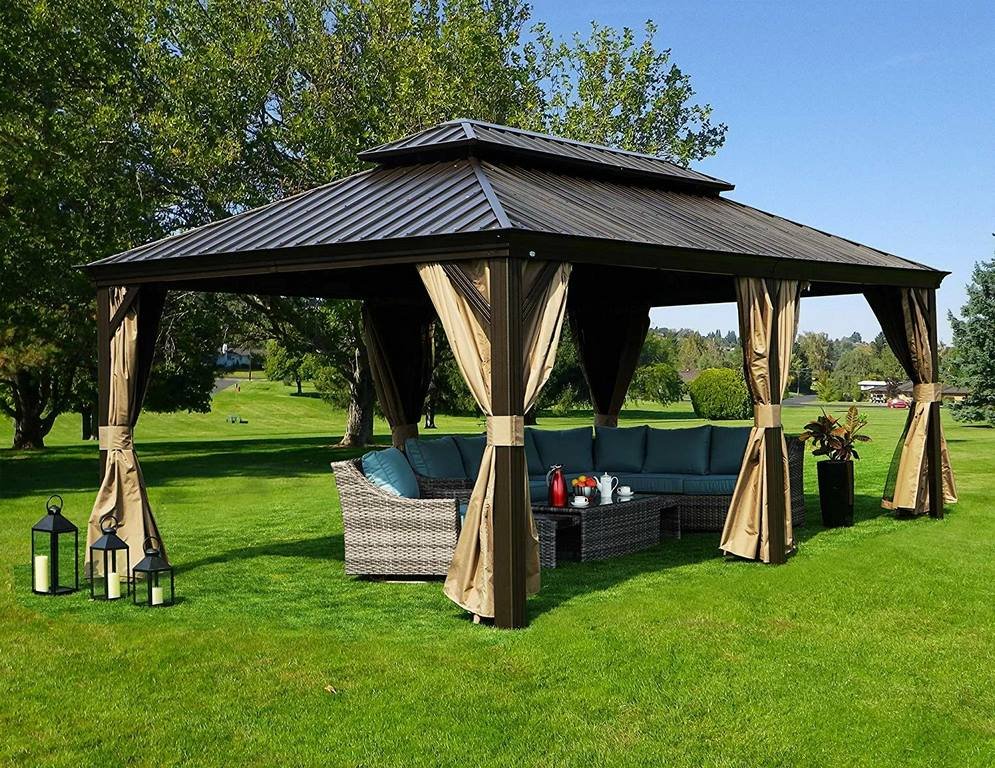 The roof of your pergola gazebo can be either open or closed. It can be covered by a thin sheath of cloth to give you a bit of shade as you relax inside of it.

Since it was originally designed to aid climbing plant growth, it’s also the perfect place to add a few of your favorite specimens of vegetation.

Get Started on Your Gazebo This Summer

Now is an excellent time for you to build the gazebo that you have always wanted. This is the perfect addition to make to your property in the summer season.

The number of uses you can get out of this feature is practically tripled in the warm months. It’s also a great way to add to your home value.