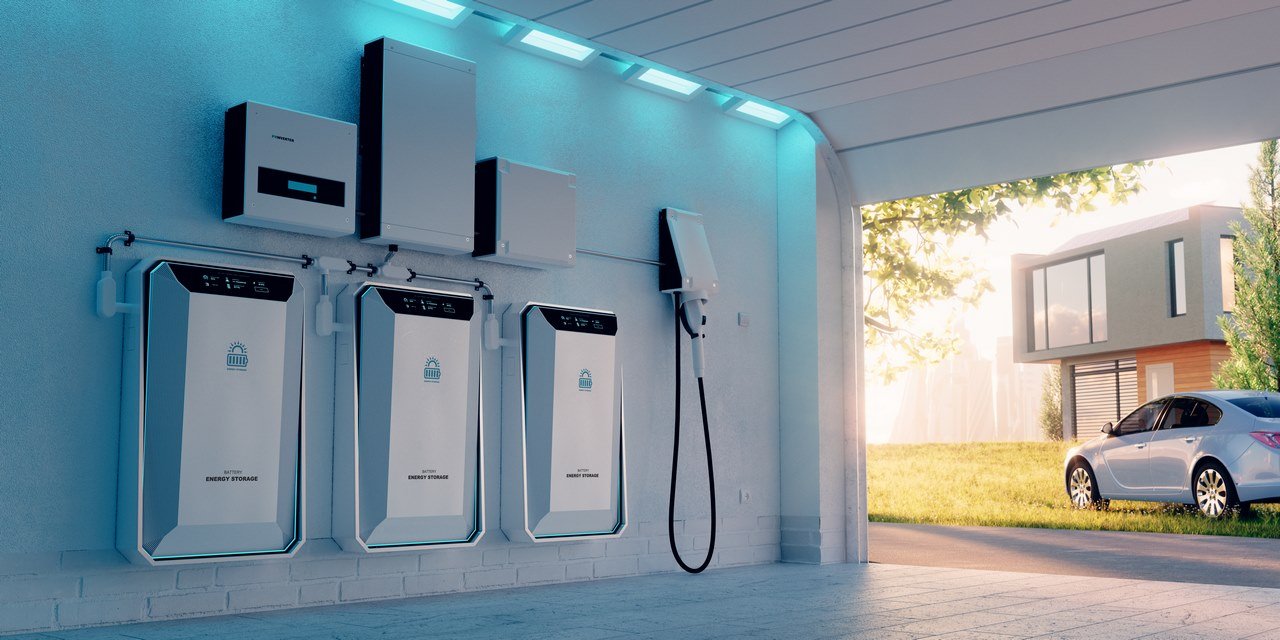 You're here: Home Home Improvement What Are Home Solar Batteries For? 5 Things to Know

What Are Home Solar Batteries For? 5 Things to Know

Because it retains energy, a solar battery is an essential component of any solar power system.

One of the primary advantages of having a battery system is the capacity to store excess energy for use when your solar panels aren’t generating enough. A battery system also offers another alternative option to power your home during times of emergency.

Your solar PV system is connected to the electrical grid, except for off-grid systems. It enables your home to continue to get electricity even if your panels aren’t producing enough supply to meet your demands.

When your system generates more energy than you use, the excess energy returns to the grid. This process is known as net-metering, which results in a credit on your next power bill, lowering your monthly cost in the long run.

The innovation of technology has resulted in further improvements in solar battery systems, which you can check out at websites like https://www.smartsolarenergyco.com/tesla-powerwall-review/.

These solar PV systems are excellent for people who live off the grid and for those who want to store excess energy rather than send it back to the source.

What is a Solar Battery?

A solar battery is a device for storing surplus energy generated by solar panels, available for purchase separately. It may be used in combination with your solar power system to boost efficiency or just as a backup in cases of power outages.

When your solar panels aren’t generating enough electricity, such as at night, on cloudy days, or during power outages, the energy you’ve stored may be employed to power your home.

The objective of a solar battery is to enable you to utilize more of the solar energy that you’re producing on your solar panel system. As long as you don’t have battery storage, all excess energy generated by solar panels is sent to the grid.

This means that you’re producing electricity and giving it to other people without entirely using the electricity your panels generate first.

Finding the right solar battery for your home depends on several factors, including the features of your solar installation, what you expect from an energy storage system, and the size of your home.

For example, a high-capacity battery is suitable for a large home equipped with plenty of appliances. But if you just want to focus on optimizing your solar energy system, opt for a small battery that boasts great battery integration. Continue reading to learn more about home solar batteries.

1. There Are Four Major Types

Before being utilized to power electronic devices, lithium-ion batteries must first be charged with chemical energy. A reaction occurs when free electrons are liberated by lithium ions and flow from the negatively charged anode to the positively charged anode.

Lead-acid batteries are the most common among the several types of batteries used in solar systems. While lead-acid batteries have a low energy density, low efficiency, and high maintenance needs compared with other battery types, their long life and low cost compensate for these drawbacks.

Lead-acid batteries have a well-established and mature technological foundation on which to expand and are the most widely used kind of battery for the vast majority of rechargeable battery applications, such as starting vehicle engines. Recharging is one of the most significant advantages of lead-acid batteries.

In a flow battery, on opposing sides of an ion-exchange membrane, active molecules produce reduction/oxidation, resulting in electrical potential. To keep a battery’s usefulness, the electro-active material in the electrodes must be kept contained within the electrodes.

To do your part in protecting the environment and reducing carbon dioxide emissions, you can turn to clean and renewable energy resources. Since solar batteries use power from the sun, it’s a renewable and dependable energy source.

One of the primary benefits of solar energy is that it doesn’t need fossil fuels to function, which results in zero carbon dioxide emissions.

Another benefit is that it’s less dependent on water. For instance, solar panels can be cleaned naturally by rainwater.

Moreover, solar energy lowers air pollution levels since it doesn’t produce methane gases and carbon dioxide, harmful emissions that reduce the quality of the air and cause climate change. Solar batteries capture energy from the sun, which is already a bountiful energy source in and of itself, transforming it into usable forms of energy.

Making the transition to solar power will likely prove to be one of the most helpful things you can do to reduce your carbon footprint in the long term.

In New York, for instance, the pollution saved by a solar-paneled house is similar to the pollution caused by burning thousands of coals annually.

By incorporating solar battery storage, you’ll be able to prolong the usable life of your solar panels. Batteries are a wise investment when it comes to energy storage and redundancy.

These devices increase your energy independence while simultaneously lowering your energy bills by pulling power from the battery rather than the grid.

Solar battery technology is becoming more affordable, which is a positive development. Thus, solar batteries may soon be included in all solar energy systems.

In fact, they are already accessible. It’s recommended to go for a professional installation if you want to combine solar panels with battery storage for a better and more affordable system.

4. Solar Batteries Help You Save Money

Minimizing your carbon footprint is a positive step. But can it fully offset the costs of initially installing a solar energy system at your home? The installation of a solar home system would need a financial commitment. However, federal tax credits and state incentives may be available to offset the cost of the system’s installation.

In certain areas, the electric company is compelled by law to give back any extra energy you generate over and beyond what you consume from your own house. 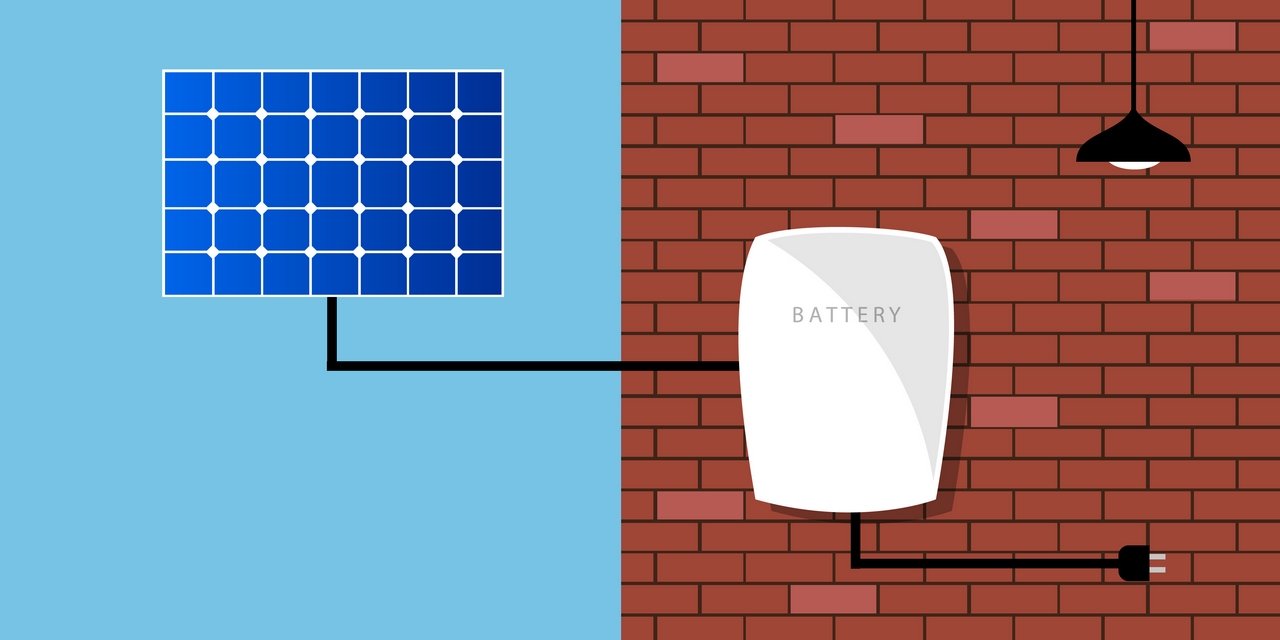 Electricity from providers is costly, so a solar energy system allows you to save more when you store and utilize your power rather than buying it. Your total energy bills are lowered by as much as 30%.

Additionally, a solar energy system and tax benefits can increase the value of your property and lower your energy bills at the same time. Hence, depending on a renewable energy source is a practical way to save money at a time when the price of power has increased.

On-grid solar power systems may pay for themselves in as little as 5 to 7 years, depending on how well they are maintained. The panels are warrantied for around 20 years after installation, thanks to the growing energy cost.

The only maintenance necessary to keep these panels operating at peak efficiency is the removal of debris from them. In addition to the savings you’ll enjoy, you’ll find that a solar energy system is an environmentally responsible investment that pays for itself in a few years.

Since solar panels depend on the sun for power, people who use solar power tend to do most things during the day to maximize their electricity.

However, clouds and shadows may reduce the production of solar panels, causing your home to consume power from the grid if it utilizes too much energy.

Since solar batteries store the energy generated by your solar panels that aren’t consumed at production, you can utilize the energy you’ve saved at night or on cloudy days instead of depending on the power from the grid.

Solar batteries are a great way to maximize your solar power system. They’re some of the most innovative technology, allowing you to store excess power that you can use later and save more money. Hence, it will be worth having them at home.