Nobody would want to wake up with red and itchy skin every morning. Well, did you try to comprehend what could be the possible cause behind it?

Are these bed bugs? If yes, you need to do something to get rid of them, either setting bed bug trappers near your bed or investing in high-end bug spray to kill them all at once.

But there are unlimited insect types and mostly all look alike, are you confirmed that it is the bed bugs that are causing you panic or some other insect type with similar features.

Believe me or not but to eradicate the problem, identifying the problem is crucial.

You can buy the best bug spray by Rasoop recommendations for bed bugs and it will work enough to show you results only if these actually are bed bugs that you are going to attack.

For your knowledge to make insect identification easy, this guide is about 9 bugs who you might call bed bugs but they are not.

What Are Bed Bugs?

Bed bugs are the most commonly existing insect type that lives on the human blood. They are so tiny that they can be roaming on your bed, pillow, dress, and carpet but you would not even know until bitten.

But they will most likely bite you at night when you set to sleep and spend a straight few hours on the bed. Apart from developing itchy skin along with redness, your sleep will also be disturbed. With 6 legs and tiny magnitude, this despised creature can deprive you of mental peace.

Spider beetles mainly look-alike bed bugs because both have an oval shape but spider beetles have large thin legs like a spider and unlike bed bugs. They also have antennae and excessive hair on their body that can make them visibly distinct from their counterpart if you observe closely.

The color of the spider beetles may vary from species to species but it is not straight brown like bed bugs. You may catch them dressed up in pale yellow linings with a brown base, purely black, and even reddish brown. The legs are always in pale brown or yellow color.

These are most commonly divided into two types: one who can fly and the other who can bite. The flying species will tend not to bite and vice versa. If your house is not properly maintained or if there is some wooden work going on at your place, you might develop their infestation.

Plus, they also love to hang around where food is present in bulk so your pantries can be their ideal home.

Carpet beetles, as the name suggests, can be found on your carpets because they love the texture of that specific carpet fabric. If you have a lawn with flowers, these will be present there too.

As is the case of similarity, they also have an oval shape like bed bugs but their head is too small to be seen and can be recognized due to their antennae. They can fly which makes them even unwanted.

People with dermatitis should avoid sitting on the carpet because their presence can trigger the condition. The color of this insect is remarkably unique with white, brown, and orange-red patches over a black base.

Booklice and lice have the almost same appearance with a soft bodily texture. They have very minimal resemblance with bed bugs but there is still some correspondence that makes them competent to have a name in this list.

In color, they are a mixture of transparent, pale brown, yellow, and brownish-black which is a clear-cut discrepancy from bed bugs. But if you have ever seen a young bed bug that is completely in transparent color due to no blood in it, you might mistake them as booklice.

Booklice are not cruel enough to bite you but their presence can make your presence rather miserable. Since they become easily dehydrated, you can find them where the level of humidity is greater.

For your ease, keep your books super dry and away from the touch of water. Apart from water, their food is mold so clean up your pantries and attic quite often.

You may initially misjudge a flea as a bed bug due to the similar red-brownish color but if you pay attention closely, there is a huge difference between both insects. Fleas possess long enough legs that allow them to jump swiftly and their round head is yet another distinction.

These have a flattened body but no wings and that is why they jump. Keeping aside the looks, both have a definite similarity in stinging terribly. You will be left itching almost like a maniac. All thanks to your pets who can be the ultimate cause of bringing these undesirable insects home.

After entering your house, they will spread on anything cloth such as a couch, bed sheet, curtains, cushions, blanket, etc. These suck blood and cause allergies as well as diseases.

These name-alike bugs carry the most similarity with bed bugs than any other insect. However, the only difference between the two is that bat bugs have greater tiny hair on their head than bed bugs.

Apart from that, they are quite like twin insects since their color and shape are broadly identical. Bat bugs, picking from their name, can be found in places where bats might be living. Their first target is bats and in case the potential host bat is not available or dead, they will try to prey on humans to suck blood.

So they will move from the dark places like a chimney, wall crevices, attics, storeroom to your bed, mattress, couch so they can approach your skin for the bite. They are not deadly enough to pose any health risk but it’s annoying to have them around. Plus, they are not so big but still observable as the size of an apple seed in brown color.

Head lice are the worst of all insects because they will make your hair scalp their permanent home. After bat bugs, head lice are the second most resembling insect to a bed bug. Head lice prefer depending on the same host type.

If they cling to dogs and start sucking their blood, they hardly move to humans and the same is the case with head lice that make humans their host for blood. When the head lice are immature, they appear transparent in color.

Fully grown head lice will either be reddish-brown or black depending upon the intensity of blood it has sucked and is full of it. The researchers say that head lice don’t jump or fly but when you hug or sleep with others, they easily move from one head to the other. These are too annoying and will keep you itching your head.

Cockroach nymphs or most commonly called baby cockroaches somewhat resemble bed bugs because both maintain the same brownish color. Moreover, when the cockroaches are too young, they have no wings on their skin, so it is easy to mistake them for bed bugs.

Though their body is flattened, the oval shape again hints these nymphs as bed bugs. They thrive in humidity and where excessive food is present so restrooms and kitchens have always been their ideal preference to hide and reside.

Cockroaches are equally scared of humans as humans are of them so they avoid coming near rather than touching alone. But what scares most is their presence around you which is even worse for people with asthma.

Due to the small size and brown color as that of bed bugs, mites do look-alike bed bugs until paid brief attention. Mites do not have wings so they cannot fly, similar to bed bugs.

Similarly, unlike bed bugs, mites have 8 legs but you can hardly discern the difference between a 6 or 8 legged insect whose only motive is to bite you and run away. Mites do bite and leave behind a minor rash on the skin.

Sensitive people tend to react to it while many do not even notice it. Some species of mites germinate on different animal organs so your pets can most likely fall prey to them. This can later affect you in ways like nasal congestion, watery eyes, coughing, and difficulty in breathing.

Being a part of a greater family, some species of mites can even stimulate several dangerous diseases that will weaken your immunity and be a problem for a few days.

Ticks are yet another most unwelcoming insect type which is a little similar to bed bugs in looks as well as characteristics. You can have more interaction with ticks outdoors than indoors because they love to grow in open places.

The only way to have them indoors is through your pets. Like bed bugs, they will not waste the chance of sucking your blood out following an itchy feel. You can escape that one or twice but if you have prolonged or constant interaction with ticks, they can transmit diseases like Lyme disease and Ehrlichiosis.

Therefore, avoid being too much in greenery where you can suspect that they can be in abundance and nothing has been done to eliminate their growth.

How to Tell that You are Attacked by Bed Bugs?

Bed bugs can be anywhere but the fairest chance of having them is on your bed. If you observe tiny freckles-like red or brown stains on your bed sheet, just believe that these are bed bugs.

Moreover, if you have also been home after a vacation then there is no doubt left because this is what the bed bugs do best. They cling to your belongings and even you and move with you wherever you go. Such a loyal insect type that wants to stay by your side, but for their feeding.

Since they are so small, you will not even know that they have tagged themselves along with you. So save your blood from being sucked regularly by such a tiny creature and invest in an effective bug spray to treat the problem from roots.

If you take our suggestion, click on this link to choose from a list of tried and tested bug sprays for pest control with satisfactory above-average results.

At this point, it is important to know that the increased cleanliness and insect-away lotions would do nothing if the infestation is incited except for the professional step.

The only professional way to deal with such nuisance is to use bug sprays that hold active ingredients and can end their lives within seconds, without harming you. 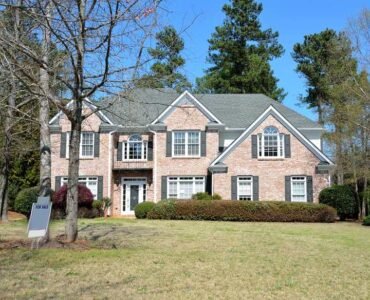 4 Things to Consider When Buying a New Home 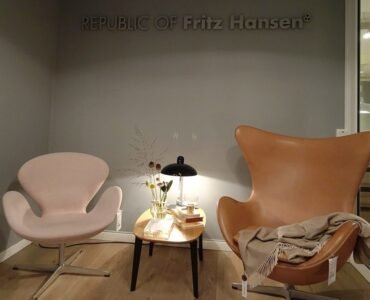 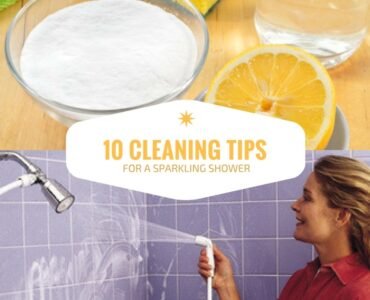 10 Cleaning Tips for a Sparkling Shower

How to Remodel a Garage: A Guide for Homeowners