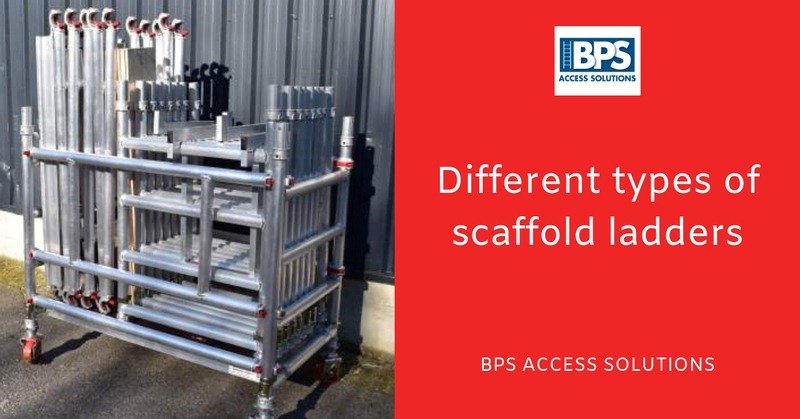 Scaffolding with https://scaffoldingchichester.com, for example, provides safe access to work sites at height. It’s one of the most common types of equipment found on construction sites and it comes in many different configurations for some specific uses.

Because scaffolding is often built several metres in height, one of the most dangerous aspects of working with it is access. Climbing up the outside of a scaffold tower can be dangerous if safety precautions are not followed, and the risk of injury when falling from such height can be high.

There are many different types of a ladder which can be used to gain access to scaffold towers and each has its own merits, strengths and drawbacks in different situations.

Below we’ll run through them to help you decide which type fits your particular needs best.

The standard scaffolding ladder is usually constructed from galvanised steel for strength but does not feature much in the way of additional features.

Different lengths are available for different heights of scaffolding, but the lack of adaptability can be a disadvantage if you are hoping to use one of these ladders in multiple applications.

Extension ladders are one of the most common and popular types of the ladder out there for good reason. Their versatility is their main attraction to domestic and commercial users alike. In particular, the extension ladder’s extendable frame allows it to fit many different workspaces.

When it comes to scaffolding this is a major advantage, as the ladder can be altered to fit scaffolding structures of many different sizes.

Once resized appropriately, an extension ladder can be attached to the main scaffolding frame and used to access different levels of work platforms. This gives it a distinct advantage over static scaffolding ladders which lack this functionality.

In some cases, levels within the scaffolding may be offset, meaning a standard-length ladder will not fit. Again, the extension ladder is a good choice in this situation as it can be altered to reach different heights.

Whilst these ladders can be installed on the outside of a scaffold tower, the safer option is to incorporate them inside the structure. This way, if a worker slips whilst climbing, the risk of injury can be reduced. Frames can also be fitted around the back of the ladder to provide a final layer of support in case a worker loses grip and falls backwards.

Additionally, ladders should be installed in such a way that the potential for long falls is kept to a minimum.

Some forms of scaffolding tower have inbuilt access ladders or steps to allow access to higher levels from within the main scaffolding structure. These are found in certain types of branded scaffolding tower to increase the overall usability of the equipment.

Generally, they are not found on standard tube scaffolding, which instead tends to have static or extendable ladders for access to the working platform.

The inbuilt ladders found on scaffolding towers are often installed at an angle, meaning they perform more like a set of steps than a ladder. This allows for easier access to higher levels of the tower scaffold and means that the workers can ascend the ladder with their hands-free to either hold the support rails or hold other equipment and tools.

While scaffold ladders are used as part of a wider system of scaffolding which provides support and stability for users, there are still several safety precautions which need to be taken to ensure safety.

When using free-standing ladders, such as stepladders and combinations ladders, stability is the number one priority. Because these types of ladder support themselves on their own four legs, any loss of balance has the potential to tip the structure and potentially cause serious injury to the user as a result of a fall.

When it comes to scaffold ladders, the main considerations are different. Because these ladders are fixed either within or on the outside of the main scaffold structure, stability is less of a concern. The sheer weight of a full scaffold structure makes tipping over a minimal concern.

However, because each part of the structure is positioned and fastened individually, there is a higher risk of pieces coming to loose if they are not installed correctly.

Additionally, because scaffolding towers can be built much higher than conventional ladders, the risk of severe injury as a result of a fall from a scaffold tower is much higher. This means hard hats are compulsory and items like climbing harnesses should be used whenever possible to reduce risk of injury.

If you would like to know more about the range of scaffolding solutions we offer, please get in touch today.