You're here: Home » Gardening » Health Benefits for Growing Marijuana in Your Garden
GardeningTips

Health Benefits for Growing Marijuana in Your Garden

There is a boom in marijuana sales in the U.S. and many other countries that have legalized the use of marijuana.

Since marijuana has proven to be good when it comes to various uses, you can be sure more states will legalize it soon. For those with an indoor garden, marijuana grows lights are excellent options to increase your yield.

There are health benefits that have been associated with marijuana and that is why you see the sales skyrocketing.

For some people, they might not understand what the hype is all about. Well, below are some of the health benefits you can expect when using marijuana.

Several studies show that it is possible to treat glaucoma with marijuana. This eye condition is likely to increase the presses in the eyeball. If it is not treated in time, it could lead to the optic nerve being damaged and consequently cause loss of vision.

The use of marijuana will help with decreasing eye pressure when smoked. Such effects will slow down the progression of glaucoma and thus preventing blindness in a person.

It is possible that you may have heard of this. Well, it is true that marijuana does not have any harm to the lungs. Tobacco users often end up with lung problems over time.

Studies show that the use of marijuana helped a lot with increased lung capacity as compared to tobacco. Even those who have smoked pot daily, there is no evidence showing that the pot harmed their lungs in return.

It is possible that you can prevent epileptic seizures when you get to use marijuana. The Virginia Commonwealth University conducted research on epileptic rats by giving them marijuana extract.

The rats showed signs of improvement from having fewer seizures than before. This is due to the THC compound in marijuana. It helps in binding the brain cells that are responsible for controlling excitement and relaxing.

For such a syndrome, you will need to use marijuana strains with high CBD levels and low THC levels.

The story of the Figi family that used marijuana to treat their daughter who suffered from this syndrome is a true testimonial to show how marijuana is important.

According to the documentary “Weed”, the use of marijuana helped the girl to have only one seizure weekly from having 300 before using the pot. This is because the CBD compound will quite the brain cells of the seizure activity.

It has been found that the CBD compound can help prevent cancer from spreading. The study showed that the compound that does so by turning off a gene referred to as Id-1.

Without this part of the gene, then the cancer cells cannot make more copies to spread cancer in the body.

There is no doubt that many people would want such medication, but it is still under research and might take longer for it to be available.

We all know how marijuana can come in handy to help deal with chronic pain and nausea. These are two things many people go through after having chemotherapy. It could also be because of an injury you end up with pain.

More research has shown that other than relieving pain and nausea, pot could be great to deal with anxiety. You can have a better mood after smoking marijuana. Just make sure to use it in moderation to avoid paranoia.

According to a study conducted by Kim Janda from the Scripps Research Institute, marijuana can slow the progression of Alzheimer’s disease.

The THC content in marijuana will slow the formation of the amyloid plaques through the blocking of the enzyme that makes them in the brain. These plaques are the one that kills the brain cells and thus causing Alzheimer’s disease.

Anyone with multiple sclerosis has faced pain at some point. Based on various studies conducted by top professionals, they show that the patients benefited from using pot to treat this condition. The painful contractions could not be treated with other medications.

After using marijuana for a few days, the patients reported that they were in less pain. The THC compound in weed is good when it comes to relieving pain in many patients.

Muscle spasms are not fun for anyone. It is the reason most medical professionals would take time to find new cures.

The use of marijuana has proven to be good when it comes to dealing with cases of muscle spasms. Cases of diaphragm spasms are known for being resistant to traditional medication.

Patients suffering from inflammatory bowel diseases such as Crohn’s disease often find it hard to get the right medication.

Several studies show that the use of marijuana could be good for such patients. The University of Nottingham researchers found that the chemicals THC and CBD in marijuana play an important role to help deal with bowel diseases.

THC and CBD chemicals will ease the different symptoms caused by diseases. Click here to check the comparison of CBD vs THC.

Those people who suffer from arthritis will have a better chance of dealing with pain from the condition whenever they use online marijuana.

By now you must have established that marijuana is good when it comes to dealing with pain and reducing inflammation.

Both THC and CBD chemicals come with anti-inflammatory properties, and the benefits of using CBD oil are good for those who have any lupus and arthritis symptoms.

There you have it. If you had a negative perception of marijuana, you now have several reasons to change all that. Marijuana has helped many people with various conditions ensuring that you get to treat them whenever possible.

The above-mentioned uses are not the only ones you can get with marijuana. The list of health benefits is quite long.

Ashley Jacobs is a professional blogger covering various news and topics related to the health benefits of cannabis. Currently, working for Pot Valet – a leader of marijuana dispensaries in Santa Monica that delivers marijuana within 45 minutes. Ashley has extensively written about medical marijuana and related products. Follow his company on G+ and Facebook. 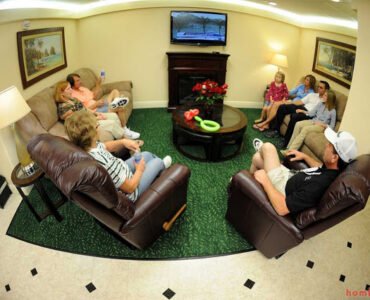 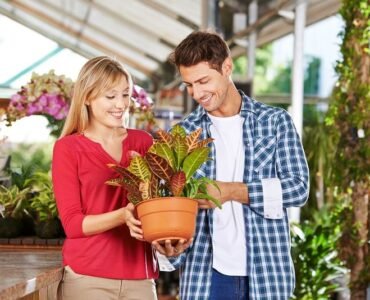 Tips to Choose a Reputable Plant Nursery and to Buy Plants 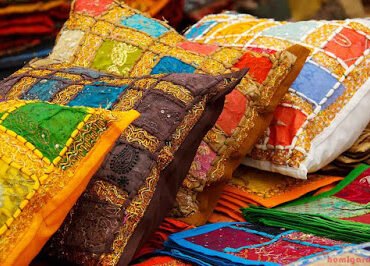