How to Grow Tarragon. – The hardest part about growing tarragon is finding the right kind! French tarragon is the true tarragon used to flavor vinegars and to impart its unique anise-like taste to eggs, fish, tomatoes, and more.

How to Grow Tarragon: How to Find, Plant and Care for French Tarragon

The Quest for French Tarragon

Béarnaise sauce uses it. The French herb blend known as fines herbes has it. A soup’s bouquet garni, a bundle of (usually) fresh herbs tied together with kitchen string, often contains it. It flavors eggs, fish, turkey, and tomatoes with panache.

“It” is tarragon, a culinary herb prized for its pungent, anise-like flavor. So why is it so hard to find tarragon to grow? The answer lies in the nature of tarragon itself. True tarragon, the tarragon we think of when imagining that unique flavor it imparts, is known as French tarragon (Artemisia dracunculus).

There are other tarragon varieties often sold to unsuspecting gardeners as the real thing, but they are actually very different and much milder in flavor. The most common “wrong” tarragon sold to gardeners is Russian tarragon, less flavorful than French tarragon and considered a weed by many for its tendency to self-seed and spread without abandon.

The mistaken belief that all tarragons are created equal is prevalent even amongst supposedly knowledgeable heirloom seed providers. I was dismayed last year to find that one of my favorite, and highly reputable, heirloom/organic seed catalogs was selling Russian tarragon seed (Artemisia dracunculoides) as the real thing. The main trick on how to grow tarragon is finding the real thing.

How to Tell if It’s French Tarragon

How can you tell if you are planting true, French tarragon? There are two ways to tell.

The best way to procure true French tarragon for growing is to go to your locally-owned garden center. They are the most likely source for real plants. With the tips above, you should be able to avoid impostors.

Tracking down a true French tarragon plant is half the battle. Tarragon itself is a woody, pretty hardy perennial that isn’t too finicky.

Like most plants, tarragon does prefer a rich and well-drained, neutral pH soil, but it will fare well in somewhat poorer soils as well. You should incorporate 1 to 2 inches of compost into the soil before you plant your herbs.

Tarragon doesn’t like to be very wet, so don’t over water — tarragon, with its tangled bundle of web-like roots, is susceptible to root rot, and would rather be a bit dry than a bit wet. Let the soil dry out well between waterings.

French tarragon will grow up to 2 feet tall. It has a bushy habitat and will grow to 1 to 2 feet in diameter. It needs full sun to do its best and likes warm or hot weather. It does not need special fertilizer — simply plant it in a good soil and it will be happiest. 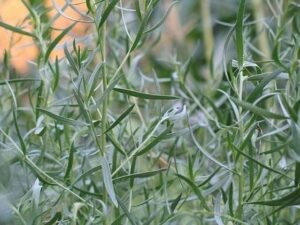 French tarragon is easy to care for, suffering few pest problems. Why is a mystery, but its anise flavor may be unpleasant to predators. French tarragon also tends to be disease free.

French tarragon can be overwintered outdoors in cold regions if care is taken. Cut the plant down to the roots after a frost and cold weather has set in — after leaves and other visible growth have turned brown — and cover it generously with mulch to protect the roots during the winter.

Alternatively, you can bring potted French tarragon indoors for winter. Try to wait until the plant appears to have died — tarragon needs a 2-month period of “dormancy” in order to rest and reinvigorate itself. Bring it in, and within a few weeks your “dead” French tarragon plant will have sprung back to life. Keep it in a sunny window.

Final Thoughts (How to Grow Tarragon)

Most of the trick on how to grow tarragon is finding real French tarragon plants and avoiding inferior impostors. Hands-on care of tarragon is actually quite worry-free, with most attention given to dividing the plants regularly to ensure their continued vigor.

References on How to Grow Tarragon 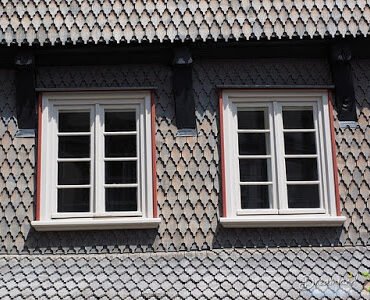 How To Keep Your Home Protected Using Window Sunscreens 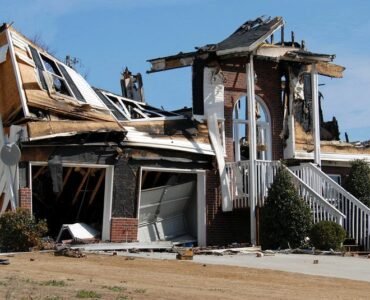 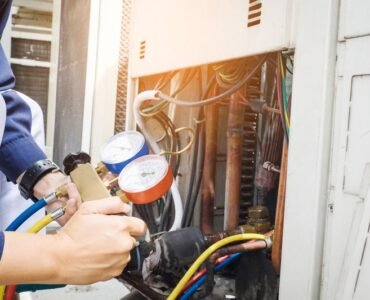 Fall HVAC Maintenance Checklist: Everything You Need to Do for the New Season 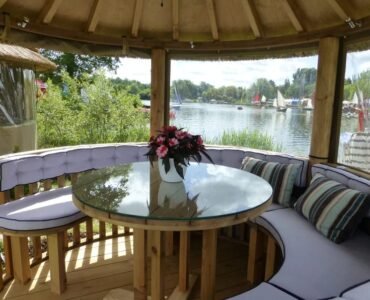 How to Treat Your Wooden Gazebo

Roofing And Its Types