Planning to Move to Toronto, Here’s what you Need to be Prepared About

Canada is an absolutely fantastic place to live in, why wouldn’t it be? Apart from the friendly and peaceful environment, it comes with several different benefits such as an enormously fast-growing economy with unlimited opportunities.

Other than that, it pays a lot of attention to education to the point where there are not many countries in the world that spend more on that sector, add prioritizing healthcare and making it completely free, Canada proves to be the dream nation for many.

The essence of Canada belongs to its most populous city in Toronto which happens to be uniquely multicultural with people belonging to different nations and cultures.

The statistics say that more than 50% of Toronto’s population were not born in Canada which is just further proof as to how quickly people are moving.

It is the preferred destination to shift for many since it is regarded as the perfect city. If you are thinking to move to Toronto, you need to be prepared. The following are things you must know before packing your bags.

The Different Cultures and People

As mentioned before, nearly 50% of the city’s population were born outside of Canada which further points that there have been people moving to Toronto from different parts of the world. This makes Toronto extremely diverse and multiethnic.

You will run into all sorts of people and it’s best if you are not xenophobic seeing that people there have different kinds of beliefs and a total of more than 135+ languages are spoken. If you think you will find it hard to fit in then there’s no need to worry about it.

Toronto is extremely friendly and if not, you will always run into people from your hometown. French is also widely used within Canada seeing that is the co-official language of the state along with English.

Toronto is not Cheap

Don’t worry we are not distorting your hopes, but Toronto is not exactly cheap to live in, as a matter of fact, it can be proved to be quite costly at times. It is not as expensive as New York or London, but you need to know your way around if your aim is to be light in your pocket.

Basic expenses such as food, groceries, accessories can be high priced. Other than that telephone and internet bills can also cause you some problems. However, the biggest concerning factor is most definitely the rent considering that it is the highest of all Canada.

Compared to other North American cities Toronto obviously is one of the most elite which is why even a two-bedroom apartment can be high priced. You have to consider these factors before you move, Rent can sip you up which is you its best to buy a house. There are homes for sale in Toronto in certain decent areas that can be called affordable.

Roncesvalles is a wonderful neighborhood to start searching for places. It is called Roncy by the locals living there, most of them happen to be Polish. House prices have recently declined in Roncesvalles which could be your cue to start exploring possible apartments.

Then we have Bloordale Village which is known for having an extremely friendly environment, the apartment rates are decent, and you also have a Walmart which is always a bonus! House searching at Chinatown is an absolute must seeing that it offers amazing variety whilst being affordable, the name obviously suggests that you will find a lot of Chinese people in this neighborhood.

Finding Work in Toronto is not a Big Problem

One of the biggest advantages that you will enjoy by moving to Toronto is that there are unlimited jobs so it is something you don’t really need to worry about. On a collective level, the economic condition of the state is near excellent which is why jobs are not really a problem.

It occurs to be the hub of many sectors so there will be tons of opportunities for you depending on your field of interest may it be finance, education, business, AI, or filmmaking.

Toronto is also the dream place for entrepreneurs keeping in mind that it has earned the title “The world’s innovation hub”. The city foresees more than 2000+ startups every year.

The Cold Winds of Toronto Can be Uncomfortable

If you are not used to the cold or are moving from a place where the winters are tolerable then you are in for a ride. Everyone knows how ugly it can get with Canada’s weather, luckily Toronto is a little merciful when compared to the likes Ottawa or Montreal, but it can still prove to be somewhat unbearable.

Firstly, you should know that there will be a lot of snow. The season usually starts steadying up by the 11th month of the year in November and does not decelerate before March so you might experience snow for 4 to 5 months regularly.

The statistics suggest that there’s at least 40-inch snowfall yearly at the Capital with the possibilities of snowstorms than can you force people indoors and halt the ongoing daily life as it can affect the air travel and also make traffic worse.

The sidewalks are also full of snow and ice so proper footwear is recommended because it can get slippery. So, if your plan is to move to Toronto you surely have to pack a lot of warm clothes for obvious reasons.

Moving to Toronto can be life-changing so if you have already decided then consider it a remarkable decision.

The best part is that you won’t feel left out and will always find your type of people. Other than that, it is stable economically which enables the basic and the luxurious facilitates.

Canada’s healthcare is well-reputed and one of the best in the world, it pays extra importance to education, and finding employment is not hard at all. Other than that, it is full of activities with access to beaches and clubs. 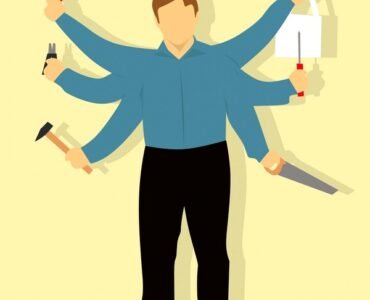 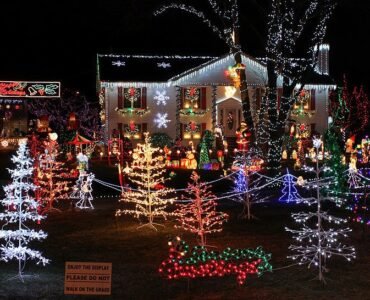 Do’s and Don’ts of Christmas Lighting 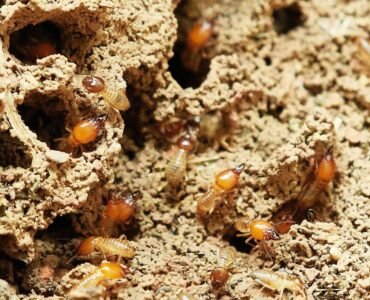 4 Signs Your Home Is Crawling With Termites (Yikes!) 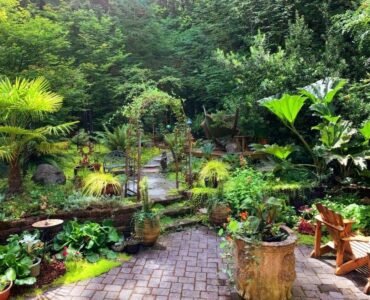 Tips to Consider When Designing your Dream Backyard