Stone Kitchen Benchtops. How are these Types of Materials Created?

Stone benchtops, or worktops, are renowned for their durability and beauty but have you ever wondered about the processes that are involved in creating these materials?

Maybe you already have one in your kitchen or are contemplating acquiring one. Either way, this article may give you a deeper appreciation of the type of stone that you have or even influence you in the type of stone you will end up choosing. 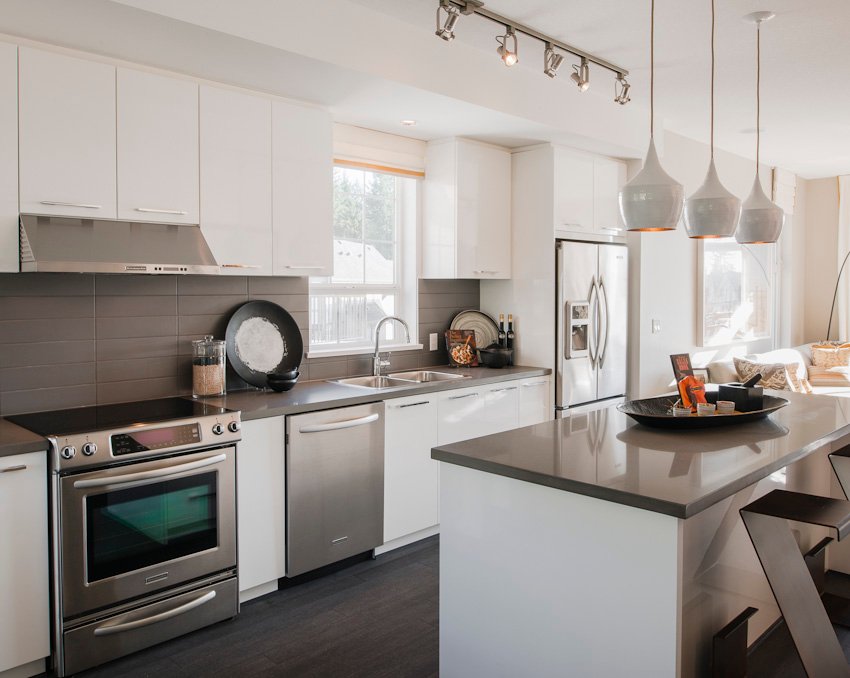 Stone Kitchen Benchtops. How are these Types of Materials Created?

Let’s look at the 4 most commonly used stones being Marble, Quartz, Quartzite, and Granite for your benchtop, or visit Topsco if you’re in dire need of one.

Millions of years ago the seas were filled with small organisms that used calcium to build their skeletal structure or shells. When they died their remains fell to the seafloor and over time these remains formed limestone.

Limestone comes in many forms from very soft rock such as chalk to much harder versions which are the main ingredients in the manufacture of cement used in the building industry.

For limestone to become marble it has to go through a process called Metamorphism.

The limestone is subjected to high pressures and temperatures over 150 Celsius within the earth’s crust that cause a change in the crystal structure. Mineral impurities in the limestone result in different colors in the marble.

Salmon colored from Georgia in the USA, pure white from Greece, and green marble from Sweden to name a few.

In the stonemason’s vernacular, the term “marble” is used to include hard limestone as well as true marble. This could be something to clarify when buying a new benchtop.

Quartz is a crystalline stone formed by the combination of silica and oxygen at high temperatures and pressure occurring deep in the earth’s crust.

Silica is the seventh most common element in the universe and the second most common on earth with oxygen being the first.

Silica also combines with different minerals to create various types of gemstones such as jade, opals, garnet, and topaz.

It is also used for making glass and is the main ingredient of our beaches and deserts.

However, as far as benchtops go, quartz refers to a manmade product that uses the ground-up rock mixed with adhesives and color pigments to make a hard, non-porous slab that is perfect for the kitchen environment.

It also is normally slightly cheaper than naturally occurring slabs of stone and can be produced to any shape and size that is required.

Quartzite refers to a large slab of quartz sandstone that has been mined in a quarry in its original form and is often preferred for its natural appearance.

Most quartzites were formed during mountain building events so are commonly found at convergent plate boundaries. The slabs are normally at least 90% quartz by volume.

Normally quartzite is a white or grey color but again other colors can result from mineral inclusions. The surface is treated with a sealant to protect from stains and water incursion.

Quartzite is the most heat resistant of all the materials being considered. It is often referred to marble as it does not scratch or break as easily.

Granite also consists primarily of silica along with a wide range of minerals. The silica content is normally less than 75% and the balance is made up of oxides of aluminum, potassium. sodium, iron, and magnesium again resulting in beautiful colors and patterns.

The main difference from a quartzite is that the ingredients have been melted at very high temperatures into magma which then cools underground to produce an exceptionally hard rock.

This results in a very hard surface for your benchtop but normally still requires a sealant to prevent possible stains.

If you already have a stone benchtop in your kitchen but don’t know what type of material it is there are ways to find out.

Generally, marble is softer than granite or quartzite and will etch if treated with an acid whereas the other two will not. Also, try scratching the surface with a sharp knife or piece of glass, again the marble will be more easily marked.

Granite and quartzite can be harder to tell apart but generally, granite has small dark flecks in it while quartzite has lighter flowing areas of colors.

All the different materials mentioned will provide a beautiful, long-lasting, surface for preparing your meals and make for easy cleaning afterward.

The engineered quartz product has some advantages in needing less ongoing maintenance as, due to the resins used in manufacture, it is totally waterproof.

Marble, quartzite, and granite all need to be treated with a sealant that soaks into the surface and fills up any pores in the stone. This may need to be reapplied at some stage.

Many people prefer the idea of having a natural stone slab that has taken millions of years to form to be an integral part of their home.

Just like a piece of antique furniture it has a unique history that can be shared with family and friends and be a constant source of quiet contemplation whilst waiting for that water to boil.