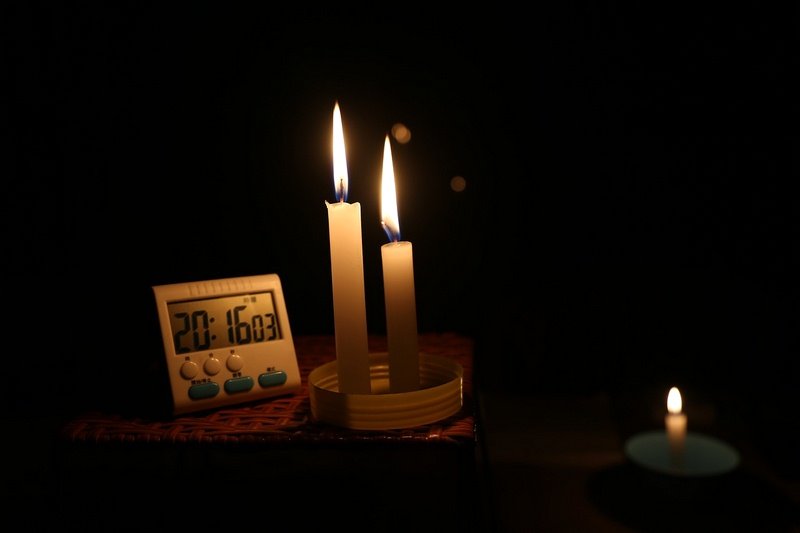 You're here: Home Home Improvement 5 Things You Should Never Do When the Power Goes Out

5 Things You Should Never Do When the Power Goes Out

Power shortages always occur due to several reasons, whether it’s a hurricane warning, a maintenance shutdown or even a branch disrupting the power line.

There are several precautions for what you must do when you experience a power outage. However, it’s equally important for you to know what you shouldn’t end up doing.

A few wrong decisions could even prove to be life-threatening in the worst-case scenario. It’s best to act smart and gear up before when you experience the power outage, especially if you’re notified beforehand about a storm heading your way.

As the situation is quite difficult in suburbs areas of the town so during a power outage you need to consult an electrician in Western Suburbs.

These few tips should always be present in the back of your head, so the next time you’re home in the dark, you know what to do.

Though it may be tempting to satisfy those hunger attacks, especially if you have a midnight craving and you just can’t help but reach for those leftovers. You might want to reconsider instead.

Opening the refrigerator while it’s not running would allow cool air to leave and could lead to spoilage of your food. A closed refrigerator can go up to four hours of maintaining its temperature. A freezer can keep your food safe for two whole days.

If the weather’s too hot and it’s Summer-time, a good trick to allow the fridge and freezer to maintain its temperature would be to wrap these appliances in a blanket for an extra layer of insulation.

Keep your freezer full. A half-empty freezer would prevent your food from going back for 24 hours, while a full freezer instantly doubles those figures to 48 hours. Picture this; your frozen food and ice are like ice packs.

The frozen material stored, does not make room for any errors as in allowing your unit to waste energy while cooling an empty space. Incase your freezer is empty, fill up any spaces by freezer water bottles. This will increase the fridge life of persevered food.

Lighting up candles could prove to be old fashioned and unsafe. Even though our first instinct is to always light up a candle as it is a classic solution. You might want to think again.

Lighting up candles could be highly unsafe and could potentially start a fire within your house. This is something you need to consider especially if you have kids or pets.

One clumsy mistake could tip the candle over and could cause serious damage to your house, and if we’re being brutally honest; it could also possibly burn your house down.

Instead, you should try to switch to battery-operated emergency lights or invest in stash flashlights, make sure they’re charged at all times and even keep spare batteries around. You never really know when you might need them.

Besides, who has the time to go find themselves lighters or matches to light up a candle. Stash flashlights are inexpensive, handy, safer and more useful if placed strategically.

So next time, reach out for emergency light and keep a few around the house so you don’t have to worry about wobbling your way to find one in the dark when you face a power outage.

You have probably often heard your elders or parents warning you about unplugging all electronic devices before the power outage.

While it may seem bizarre and amusing, because there would be no power anyway and why go through the hassle of disconnecting everything beforehand, it’s a smart thing to do.

While you may not realize this but in case the weather deteriorates, a strike of lightning could cause a massive surge and could even damage your equipment – Yes! Including your phone, that’s probably still charging.

However, in the case of you not being notified about the weather forecast or if you just weren’t aware of the power outage.

You can still unplug all the gadgets and appliances even after the power’s out, to create protection against an electrical surge of the power coming back. So no matter how unpredictable the weather gets, you know exactly what to do.

While you may be aware of the dangers of using a generator, it’s no excuse that it might prevent you from actually using one.

As most of you may know generators emit carbon monoxide, therefore you may need to keep it in the open air and at least 20 feet away from your home.

Don’t ever consider leaving your generator running in the garage even if the garage door is open. Carbon monoxide is referred to as a silent killer with its odorless, colorless gas; it does not take long to succumb to carbon monoxide poisoning.

Don’t even consider grilling/barbecuing indoors. Gas and charcoal grills tend to emit toxic fumes that if not dealt with and ventilated properly it could potentially lead to carbon monoxide poisoning, which could be fatal.

It may sound tempting, the thought of taking advantage of the chilly weather while you and your neighbors get on grilling under the moonlight. It’s best if you just wait for the power to come back.

Isn’t that the hardest thing in the world? In case you’re thinking we just might give you another lecture about how using your phone in the dark could leave you visually impaired by the time you’ve reached the age of 60? Then you’re mistaken. We’ll leave that to your parents.

However, another aspect of this is to consider saving up on your battery percentage. Even though the thought of not using your phone while it’s accessible and especially when you have nothing else to do, might be irksome, it’s a smart option.

In an unlikely event of your area experiencing a power outage or a storm that’ll last for days, you’ll most definitely need to retain your phone’s battery life and use it only when necessary. And guess what? You’d be needing that emergency call a lot more rather than you tweeting about the lights going out.

Thank me later! Cancel out apps running in the background and also decrease your phone’s brightness. These two common errors often drain most of your battery life. Also, develop a habit to keep a power bank; you never know when you might need one.

If you’ve got these basics covered, you’re good to go! We’re sure the next time your experience a power outage it’ll be more of an adventure for the family and less of a brawl…

Okay maybe, not really. But hey! Board games, scary stories and pizza sound just about right in the dark. Be sure to make the most of it while you’re at it. Remember to stay watchful for the above to avoid any risks.