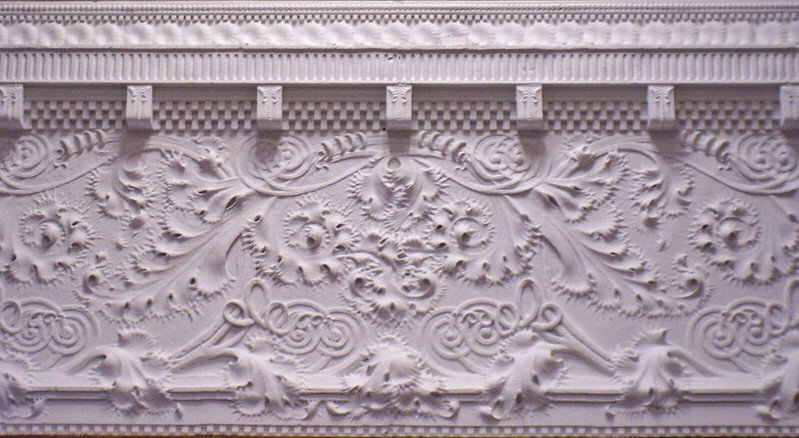 You're here: Home Home Improvement 5 Types of Ornamental Plaster You Should Have on Your Ceiling or Walls

Ornamental plaster finishes are an excellent way to finish a ceiling, whether they are cast or run-in-situ.

Both cast and in-situ finishes can be produced on-site, which makes them immensely popular with people who are trying to create unique finishes for their spaces.

If you like French, Gothic, or even abstracted styles, this is a finish that looks good in almost any room.

Browse Ornamental Plaster Ceiling with DFN Plaster Products images to find examples of various finishes, and let the supplier know how they can help you with your decorative plaster project.

Creating an ornamental plaster finish may seem as complicated as the decorative patterns and shapes themselves.

But in actuality, an ornamental plaster finish is an easy way to add a lot of beauty and character to your wall space. Here are a few types to consider:

Crown molding is an attractive yet functional architectural element. It is most commonly used to increase height, enhance aesthetics, and enliven a space.

These horizontal moldings of a basic or repeating pattern can be found on walls, ceilings, doors, windows, furniture, built-in fixtures—even bordering artwork in ornate frames.

Crown molding also adds an impressive touch to cabinets inside a kitchen or bathroom. Don’t forget to check out Ornamental Plaster Ceiling with DFN Plaster Products.

Medallions can also be found in more modern environments, such as the center of a mirror, a wall or ceiling mural, or a vase.

They create a dramatic focal point in just about any space and add richness to many home décor styles ranging from traditional to rustic to contemporary.

Splendid in nature, columns can transform as space, especially one with high ceilings or when a space is open to the floor(s) above.

Traditional column styles are Greek, Ionic, and Corinthian. Each stem’s profile can be tapered or square, and changes can occur in the shaft and base forms.

A room can be domed in almost any shape, and frequently you will find an oculus at the top. As such, it pulls your eye even higher as the contrast in light is more distinct.

The actual math to prove this fact would be quite complex, but the results speak for themselves. The domed ceiling was a feature that could often be seen on ceilings throughout the middle-ages.

While these were initially used to help create a sense of grandeur, over time, they began to appear in smaller rooms too.

Fireplaces not only provide one of the most effective methods of heating your home, but they also serve as a focal point for rooms.

However, it was also common for them to house artwork and even had elaborate decorative frames, which drew the eye to them.

Often these frames would include masks and Greek statues or simply be more differentiated from the rest of the room.

They could even take on a sculptural form themselves, and specifically, this example shows a mantle carved to look like tree trunks framing the chimney.