The history of street lighting goes further back in time than what most people acknowledge today. Since humans started living in groups, the need for lighting during nighttime was a persistent challenge.

The discovery of fire and the invention of the first lamps changed everything and there are records showing the use of the first street lights in the ancient Greek city of Antioch around the 4th century B.C.

But the first widespread system of street lighting used piped coal gas and was demonstrated in London in 1807 by German inventor Frederick Albert Winsor, later replaced by electrical street lights like the arch lamps and the incandescent bulb later on.

Since then, public street lights have been an important element of urban developments, roads, and large public areas, providing illumination for circulation, security in outdoor environments, and important benefits to pedestrians, drivers, animals, and residents of the communities where they are installed. 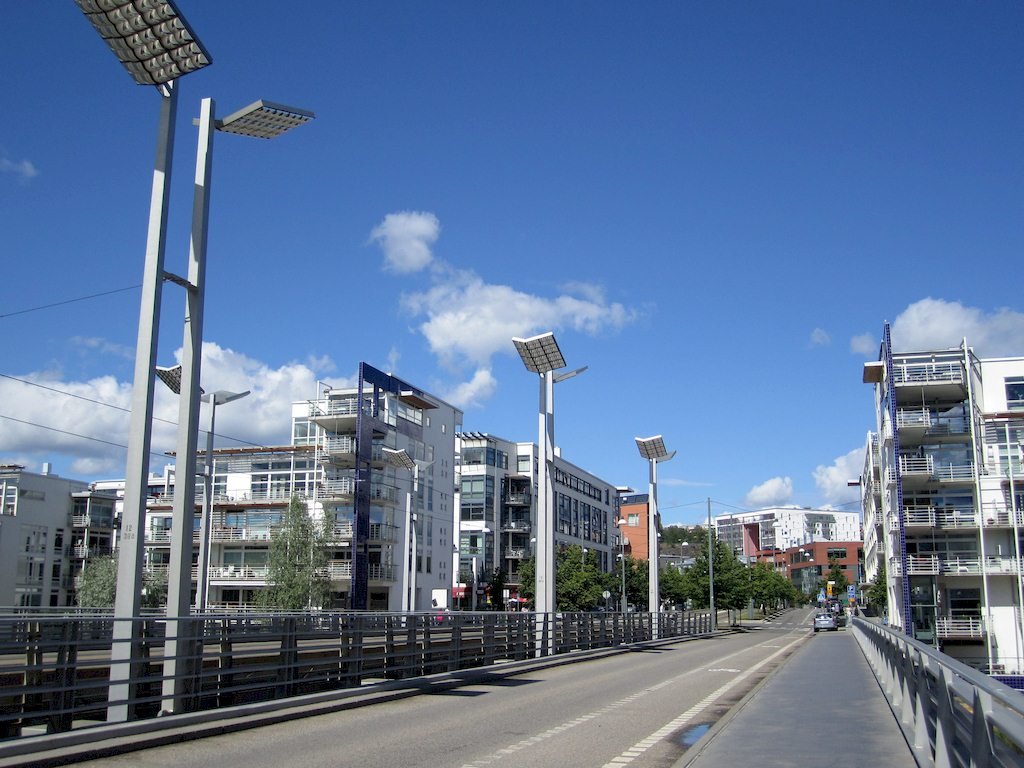 Today, cities and municipalities around the world are transitioning from older, non-renewable technologies like incandescent, fluorescent, and mercury street lights to modern LED (light-emitting diodes) solar street lights due to the great benefits they provide over traditional lighting.

This new generation of street lights is financially smart, good for people, and even better for the planet and the environment. Here are some of the top benefits of solar street lights:

Solar street lights use renewable energy instead of fossil fuels, reducing the carbon emissions and energy expenditure of traditional lights.

They avoid environmental disruption during installation and maintenance due to the lack of trenching for cables and external power sources, which allows the installation of solar lights in remote and environmentally sensitive areas like National Parks and important archeological sites.

The light source in most modern solar-powered street lights is light-emitting diodes (LEDs), a type of solid-state lighting that has surpassed conventional lighting technologies in terms of energy efficiency, lifetime, versatility, color quality, and cost competitiveness.

Using smart technology, solar street lights operators can configure lighting schedules, collect data like energy consumption, temperature, and efficiency of each individual fixture and be alerted in real-time of different kinds of issues like malfunctions or lack of connectivity.

As no external electricity is required, expensive monthly energy bills and maintenance costs are very little to non-existent resulting in significant savings over the lifespan of the light and in most cases reducing the original cost of the light to 0.

Solar Powered LEDs have a typical rated lifespan ranging from  15,000 to 50,000 hours making them a superior choice over traditional lights.

Solar-powered street lights can work all night regardless of power outages, grid failures, power interruptions due to natural disasters, and many other factors that can impact the proper functioning of grid-dependent traditional street lights.

Most modern solar street lights have built-in solar panels, batteries, motion sensors, and control modules which allow a simple and faster deployment and installation over traditional street lights as no trenching for power lines or power infrastructure construction is necessary.

Ultraviolet light and light in the wavelength of the infrared spectrum are used by insects for navigation and locating food. Most LED lights emit very little light in the UV spectrum and little reducing their attractiveness to bugs over traditional light sources.

There has never been a better time to invest in efficient, sustainable outdoor lighting and upgrade to new technology.