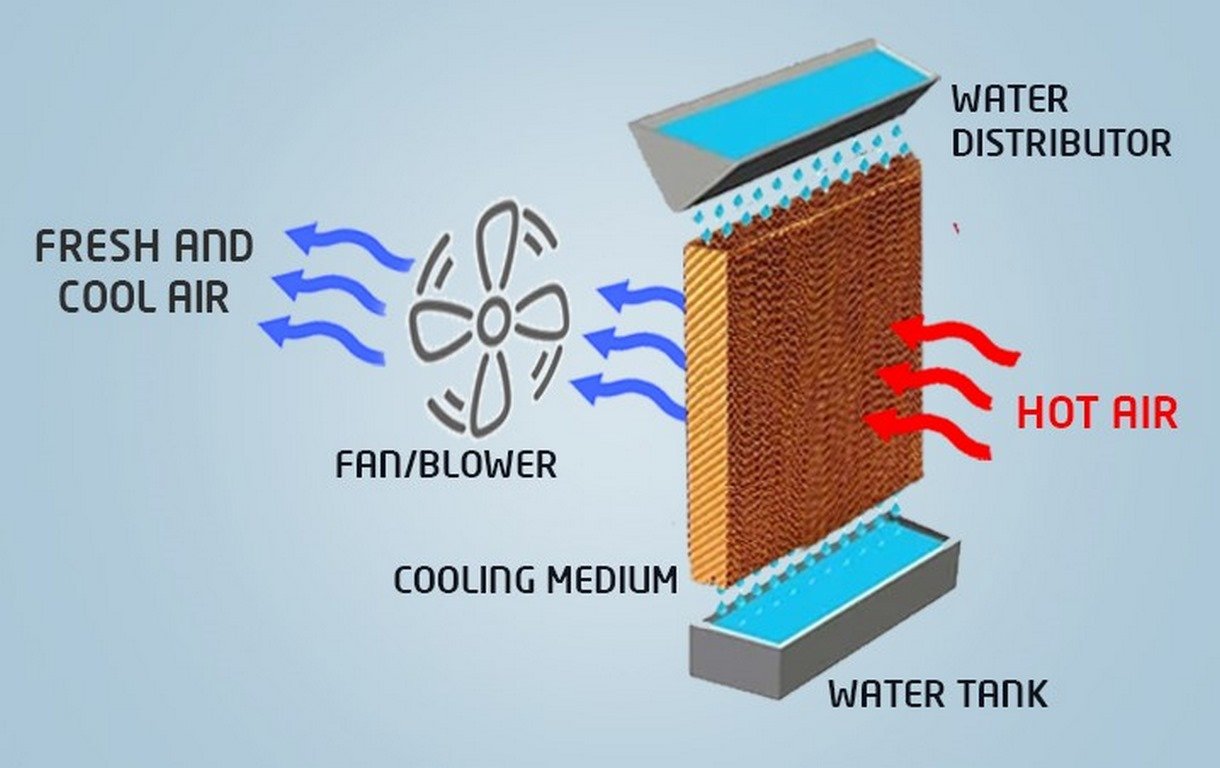 You're here: Home Home Improvement Evaporative Cooling Vs Refrigerated Cooling- Which One Should You Choose?

Evaporative Cooling Vs Refrigerated Cooling- Which One Should You Choose?

Summers are here in Australia and things can get hot over here, so hot that you need to have a nice air conditioning system to get you through the summers.

This is the reason why they go for evaporative coolers, also known as swamp coolers. An evaporative cooler is a great cooling option for someone who lives in dry areas and cannot afford the high amount of expenses that an air conditioning system brings with it.

To compare Refrigerated Cooling systems with Evaporating cooling, we’ll have to understand how both of these systems work.

How do Evaporative Cooling Systems Work?

An evaporative or swamp cooler consists of 4 major components, the water tank, a pump that pumps water from it and circulates it to the cooling pads, and the ventilator fan that blows cold air out.

Evaporative coolers depend on the very common property of water, that it absorbs heat and evaporates, creating a cooling effect as the water removes the heat from the incoming hot air coming through the wet cooling pads.

By hot air, we are referring to the surrounding air that you want to cool, which gets circulated to the cooling wet pads via a motor. Evaporative coolers can cool the room temperature down by 10-15°C, which is great for a cooling machine that used less than half of the electricity that an air conditioner would use.

If you live in a hot and dry environment, then you should go for an Evaporative cooler as they are tailor-made for such environments. 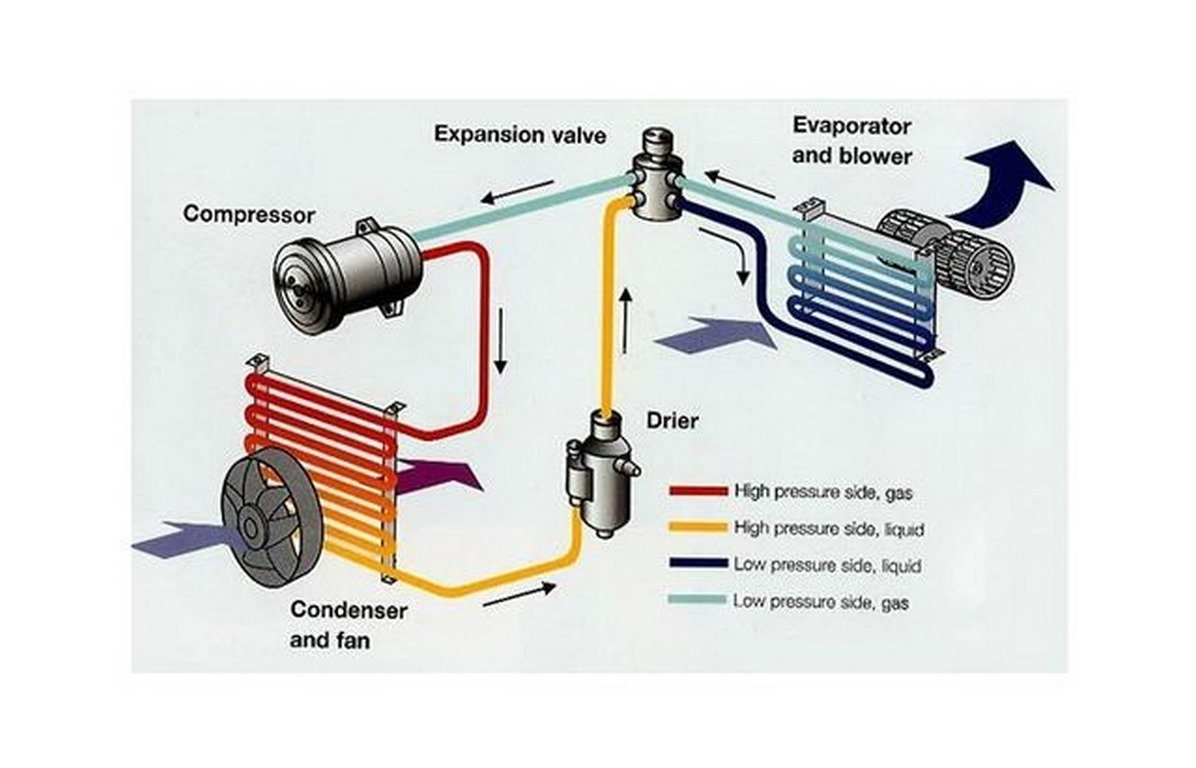 The surrounding air gets sucked in by the blower fan which sends it over to the evaporation coil for refrigeration.

The refrigerant absorbs heat, changes its state, and cools the surrounding air in the process. After that, the refrigerant is cooled down and brought back to its original state and the hot air is blown outdoors via the outer unit.

Air conditioners are much more effective in cooling as they can cool your room down by over 15-21°C.

Cons of an Evaporative Cooling System

High humidity is the kryptonite for an evaporative cooling system. These systems only work in dry environments, which is the reason why it is also known as the desert cooler.

Evaporative coolers often suffer from thermal discomfort if you use them in areas with high humidity.

Risk Of Mould and Mildew

It’s always recommended to use drinking water in your water tank rather than unfiltered tap water or hard water.

Mould and Mildew can corrode electronic components, reducing the lifespan of electronics, and can also damage wood and paper materials.

Cons of a Refrigerated Cooling System

A refrigerated cooling system takes in air from the surrounding, removes heat from it, blows cool air indoors, and blows out heat via the outer unit’s fan. This causes excessive hot air to go out in the environment, promoting global warming.

A refrigerated system might be quiet and cool indoors, but the outdoor unit that houses the compressor and condenser makes a lot of noise, disturbing people outside.

Which Air Conditioning System Should You Go For?

Both of these air conditioning systems have their pros and cons, and you have to see for yourself which system suits you.

If you don’t live in a city where the temperature is not that high and the weather is dry, you can go for an evaporative cooler as it can provide the kind of cooling you require.

Also, if you cannot afford a traditional refrigerated cooling like a ducted or ductless air conditioner, you can go for an evaporative cooling system.

Both Evaporative and Refrigerated cooling systems are readily available on Comfy Homes, so what are you waiting for? We got to end these summers on a high!