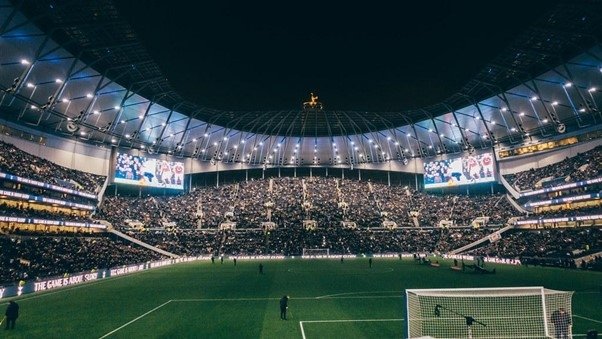 You're here: Home Home Improvement The Tottenham Hotspur Stadium is an Architectural Marvel

The Tottenham Hotspur Stadium is an Architectural Marvel

There are hundreds of iconic, instantly recognizable sports stadiums on this amazing planet.

Some are steeped in history thanks to the stadiums’ teams sporting prowess. Others have hosted the biggest names in music.

One of the world’s newest venues, the Tottenham Hotspur Stadium in London, United Kingdom, will achieve legendary status at some point, thanks to it being an architectural marvel.

Tottenham Hotspur is an English Premier League soccer club based in Tottenham, North London. White Hart Lane was its home from 1899 to 2017 until the grand opening of the 62,303 capacity Tottenham Hotspur Stadium opened its doors to the sports-loving public.

The club’s owners wanted a stadium that would bring the club into the 21st century and one that would help generate massive revenues to help the team on and off the pitch. Increasing the capacity of 36,284 loyal fans all using the latest no deposit bonus on their team would undoubtedly do this.

Plans For a Brand-New Stadium 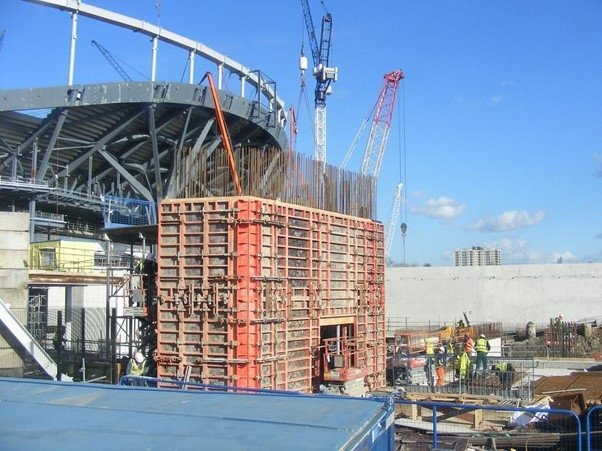 The club first announced plans for a redevelopment of its current site in 2007 but changed tactics 12-months later and opted to purchase a nearby trading estate to build a brand-new stadium, including homes, shops, and a club museum. Initially, the plans were for a 58,000-capacity stadium, but this ultimately increased to 62,303 when the £1 billion projects was completed. Global architectural firm Populous was tasked with bringing the project to life.

Populous designed an asymmetric bowl standing 48 meters high, 200 meters wide, and 250 meters long. It has nine floors in its northern section and five floors to the south.

The impressive structure dominates the surrounding area, but Populous has managed to hide the sheer bulk using different claddings of metal and glass panels.

The cable net roof has a 720-meter circumference clad in seam aluminum panels lit by a staggering 324 LED floodlights. The roof is specially designed to cast a lesser shadow on the playing surface.

Speaking of the playing surface, this is where things get interesting. Tottenham Hotspur has a long-running deal with the NFL to host several matches each season.

Of course, soccer and American Football require different pitches, and this stadium has them both. During the Premier League season, the stadium has a Desso GrassMaster hybrid grass pitch for soccer and a synthetic turf surface stored underneath, which is used for NFL games and concerts.

The soccer pitch can be retracted by splitting it into three sections before retracting. The pitch retracts into the car park under the South Stand before being replaced by the NFL-standard turf.

The process takes only 25 minutes despite the soccer pitch and all the machinery weighing 10,000 tonnes! A similar system is in place at the home stadium of the Arizona Cardinals.

In addition, the grass can be maintained for up to five days while it is retracted under the stadium. The whole package is most impressive.

It is not only the stadium’s structure and its world-first pitches that are a sight to behold because the Tottenham Hotspur Stadium has state-of-the-art facilities for visitors to enjoy.

In addition to housing its own NFL changing rooms, there are class-leading medical facilities, restaurants, lounges, and even creche facilities.

There are 65 food and drink outlets throughout the stadium’s ground and the world’s first microbrewery in a stadium capable of delivering 10,000 pints per minute! It really is incredible and shows the fantastic structures humans can create of money is no object.