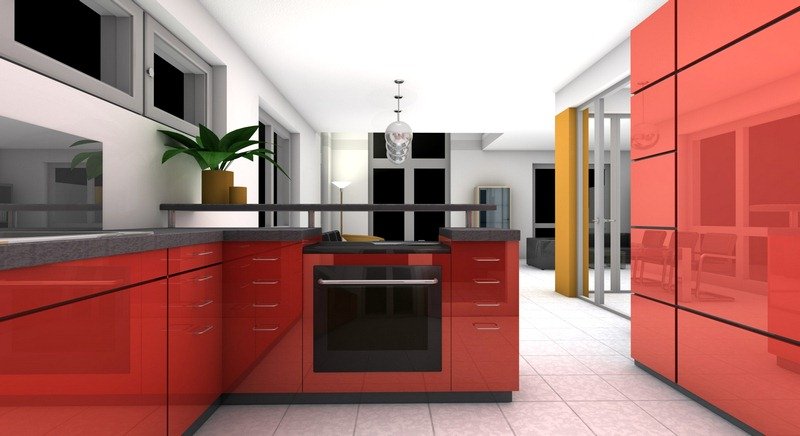 You're here: Home Home Improvement What is Architectural Visualization: The Important things to Know

What is Architectural Visualization: The Important things to Know

Before the building process has begun, an architect will want to represent their structure and design. Architectural visualization is what this process is called. It’s a representation of an architect’s design and vision. It can be done by a computer or by hand.

Let’s explore this in a little more depth…

A Little Bit of History

The art of architectural visualization is not new. People have been communicating ideas through drawings and paintings for centuries. Let’s start with the ancient Egyptians.

They used papyrus to demonstrate what the pyramids would look like before building them. During the Renaissance period, buildings were oil-painted before their creation.

And how can we forget Leonardo da Vinci’s technical drawings? In the 20th century, architects used drafting tables to layout their ideas.

Fast forward to the present day, and you’ll find that companies are using software to create architectural 3d visualization.

Why Use Architectural Visualization?

When a building is being designed, there are lots of people involved, not just the architects. There are engineers, builders, planners, and the client who may not be a specialist.

Everyone has a different idea of what the design is going to look like. To be sure that everyone’s on the same page, having an architectural visualization, especially a 3D one, will help with this process.

Here’s a process where software creates graphic 3D content. It’s a visual means of communication an idea instead of using papyrus, oil-paint, or drawings.

It’s a means of sharing ideas between all the people involved in a design project, including the end-client.

Using 3D visualization combines all the technical skills of the architect and the more creative aspects of a building design. Not everyone can imagine what a building will look like from a straight off drawing, or what a kitchen will look like.

Using software like this allows everyone involved to add photography, color, and design to visualize the end product. Clients can adequately experience the project by using virtual reality.

Why Use 3D Visualization?

Using powerful software, designs can be created and then amended in real-time to create different versions of a design and transport a client into a design. Using 3D means people can view a plan from anywhere.

Think of it as an immersive experience that allows everyone involved in a project to work together to achieve the same goal.

Here, we’re also talking about using virtual reality, which is being used by some architecture firms to present their work to stakeholders and clients alike.

In theory, having this technology can add to the creative process for everyone involved in a project.

It can act as a catalyst for creativity and ideas, which in theory at least can influence the future of building designs and how people live and work in them.

Is it That Important?

Yes. It isn’t just a new creation for the future; it gives a real-life realistic impression of an architect’s design to the client or developer. No-one has to wait to see what the inside of a building is going to look like, for example.

Everyone can see it now. Consequently, it means that amendments can be made to the original design at a much earlier stage in the process, even before the building starts. It’s a game-changer. It can save clients and firms money.

Creating a 3D visualization not only makes collaboration simpler and faster, but it also means that as soon as an idea’s amended, it can be redistributed to all involved faster so that the project should never stall while everyone waits for new drawings.

Also, once a project’s completed, if, for example, it’s a development that is then due to be sold on, a 3D architectural visualization can be used as marketing collateral on social media sites, websites, and microsites.

Who Does the Visualization Work?

Typically, when we’re talking about a build, then it’s a team effort.

Imagine you’re heavily involved and invested in a building project. You’ve seen some details and some designs, but a 3D visualization can zone in on the tiniest of details.

For example, you can get a 360 virtual reality tour of each room and the exterior, or a slow walkthrough.

Some designs will give you a moving aerial view of the project as if you’re hovering over it. You can also see floor plans and renderings.

Designers, architects, and 3D artists can use powerful software to change designs in real-time. Gone are the days when people literally “go back to the drawing board.”

Now, an architect can work faster and make changes to an actual visualized design, moving from an idea to a “reality.”

There are plenty of different software packages out there. Typically some of the most powerful ones include AutoCAD, Maxwell, Mental Ray, Rhino, and SketchUp product design.

Using 3D architectural visualization is a progressive, exciting, and collaborative way for architects, designers, and developers to work on a project together. This is particularly the case when big spending’s involved.

Thanks to the architecture industry embracing modern technology in the form of architectural visualization, clients, developers, investors, and construction companies can, at least in theory, all work together to create something beautiful.