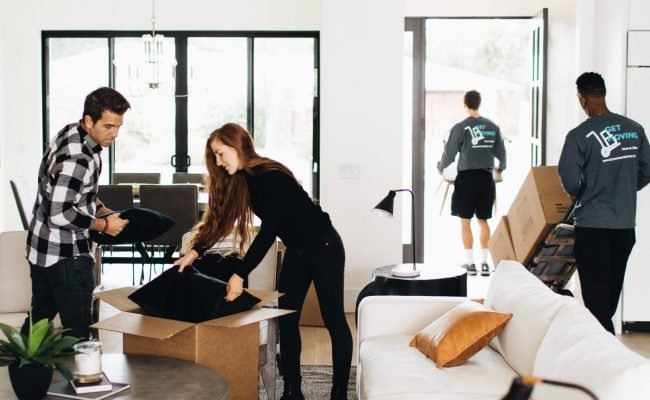 You're here: Home Home Improvement All Things You Need to Know About Movers; Hours, Number of Movers, Rates

All Things You Need to Know About Movers; Hours, Number of Movers, Rates

Moving is one of the most stressful activities that anyone encounters in life. The mere thought of having to move is in itself so daunting. It drains the brain even before the actual process. Finding a new place to live might be exciting but it sure is not the same feeling as the actual process of packing, transporting, and unpacking.

Besides being stressful and tiring, moving is also not cheap. Wherever you are moving into and whatever services you intend to use, whether it is movers Gilbert or any other place, prices will always be different.

There will always be the average cost and base pricing as well as some additional expenses no matter what angle you look at it from. And, the costs are different and vary from company to company.

There are different things that go into the way pricing and cost are structured in different companies, states, and cities. That is why you will always find that you might have incurred incredibly expensive costs while moving recently than when you moved previously.

The Average Costs and Rates of Movers

There is no one-size-fits-all principle when it comes to moving. Different companies will charge differently according to different factors. Check these factors out below;

Distance is also obviously another factor that goes into how much you will incur in terms of the overall costs. Moving short distances will always be cheaper than if you are moving to a different city or miles away, from your previous location.

Lastly, is the hours put in. In fact, most charge hourly rather than the whole project. Again, the hours will be determined by everything discussed above. This includes your space, the labor or number of movers you get, and the distance you are moving.

The Best Convenient Time to Move

You probably have never thought about these things. Or you didn’t think it was important. Or you just didn’t know that it makes a difference. Yes, there are times and days of the week that are more convenient, easier, and even cheaper to move.

If you want to save some coins then you might want to move during the week, that is, anywhere from Monday to Friday. Not many people consider moving during this time and companies give discounts to get more work during the week.

On the other hand, weekends can be termed as peak moving times. Everyone wants to move on weekends. Or is it because of the busy schedule during the week? Whatever the case, the peak times will always cost more expensive.

Besides price, there are also a lot of benefits with moving between weekdays if you can squeeze it into your schedule. If you are moving locally, the kids would be in school and it will be much less stressful during this time.

Your neighbors would also most likely be at work so you don’t have to worry about the noise. Basically, almost everyone is busy, out, and about.