Despite all the safety improvements that have been made with chainsaws in the past few years, chainsaws are dangerous.

An average of 40,000 individuals is injured each year in the USA because of the misuse of chainsaws, with most injuries occurring from kickback.

This occurs when the upper tip of the guide bar touches an object or when the wood pinches the saw chain in the cut, resulting in the bar violently being driven in an upward arc towards the operator. Kickback has resulted in serious injuries and even deaths.

In addition, to kick back, Lightweight Chainsaws can also cause the operator to have vibration white finger also referred to as hand-arm vibration syndrome or HAVS, which can result in permanent numbness in the fingers, other systems cause by chainsaws include tinnitus and industrial deafness.

In order to help reduce the number of injuries and improve the safety of chainsaws, manufacturers have installed several safety features of a chainsaw. Some of these features have become standards, while others are legal requirements set forth by certain state and federal, and national jurisdictions and governments.


The following is a list and brief description of the safety features of a chainsaw on most modern chainsaws:

Because of past accidents where the on/off was accidentally shut off during a critical point in tree cutting, most on/off switches today are clearly marked and positioned so that there isn’t any chance the switch will accidentally be turned off, even while the saw is vibrating under a heavy load.

The front handguard is a bar that is in front of the top handle. It is designed to stop a slipping hand from coming into contact with the saw chain.

When the operator is using the chainsaw, a right-handed person will always keep the left hand on the front handle, and vice-versa for a left-handed operator. If the operator accidentally loses his hold, the front handguard will help prevent his or her hand from moving forward and into the saw chain.

On several models of chainsaws including a battery chainsaw, the handguard also operates the chain brake, shutting off the saw chain when the handguard is pulled back towards the user.

The chain brake is designed instantly stop the saw chain dead, even with the chainsaw’s engine operating at full throttle. Once the chain brake has been engaged, the operator must deliberately switch off the chain break.

In February 1995, all chainsaws sold in the United States must be equipped with chain brakes. Every year an estimated 40,000 people are seriously injured or killed as a result of chainsaw accidents. Unfortunately, all of these accidents could have been avoided.

The chain brake is to prevent or reduce the risk of injury when kickback occurs. This is when the upper portion or tip of the chainsaw strikes an object, or is used for cutting.

When kickback occurs, the tip of the chainsaw cutter bar is jerked violently up and back toward the operator, making the chainsaw very difficult to control.

When this happens, the chain brake is engaged, stopping the saw chain, so that if the saw chain hits the user’s arm, head, shoulder, or other body parts, the cutting chain should be stopped, and the minor.

Today, many modern chainsaws have incorporated an inertial sensor and mechanism, which switches the chain brake on when kickback occurs. The sensor detects the characteristic rapid rotation of kickback and engages the chain brake by automatically pushing the hand guard-forward.

Sadly, many chainsaw owners have taken upon themselves to disable this safety features of a chainsaw. Statistics from insurance companies have shown that of the reported injuries resulting from chainsaw accidents—40% of the chainsaws involved, had the chain brake removed, or disabled.


The safety throttle is designed to prevent the saw chain from being driven if the trigger has accidentally been pushed by an obstruction, such as a branch or undergrowth. The throttle is locked in the idling position when the proper handgrip is not engaged on the handle.

The chain catcher is located on the bottommost forward position of the engine and is designed to prevent the chain from being thrown back towards the user if the chain breaks or becomes derailed.

The exhaust or muffler serves two purposes. The first is to direct the hot and harmful gases coming from the engine and operator. The second purpose is to decrease the noise level of the chainsaw.

A faulty muffler will cause an increase in noise level and a decrease in engine power. However, injury can occur if the operator accidentally touches extremely hot metal.

The scabbard is usually made of hard durable plastic and is used to cover the guard bar and saw chain when the chainsaw is not in use. This will prevent injury when transporting and storing the chainsaw.

Yes, believe it or not, the saw chain is also a safety feature of a chainsaw. Each chainsaw manufacturers produce specify chains for each chainsaw model the manufacturer. These chains have been geared to properly match the guide bar and chainsaw.

The best way to guarantee safety is to ensure that your saw chain is always properly sharpened. A key to sharpening is having the proper depth gauge setting. The depth gauge is a small steel protuberance that is in front of every cutting tooth.

When the depth gauge is too low, the cutters will try to take too deep of a bite from the wood, thus increasing the chances of kickback. To increase safety, many saw chains also have what is known as guard links, which are in front of every cutter link. The guard link offers added limitations on the cutting depth.

In addition to these safety features of a chainsaw, it is strongly suggested that every chainsaw owner take a chainsaw safety class. Many community colleges offer these one-day classes as well as many major home do-it-yourself stores.

In addition, when operating a chainsaw you should always wear the proper protective clothing, such as long pants, shirts, ear and eye protection, gloves, protective helmet, and steel-toed shoes. 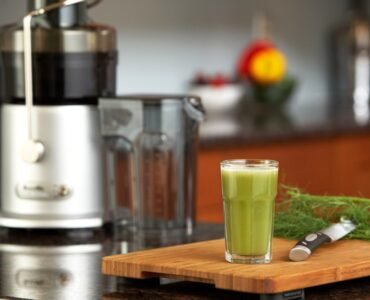 How to Choose a Juicer – Useful Tips 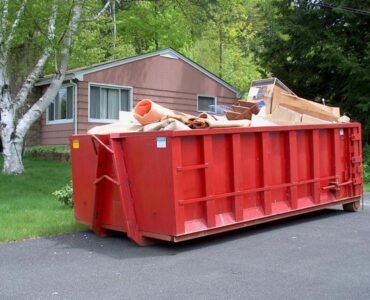 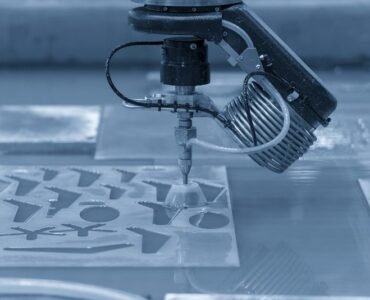 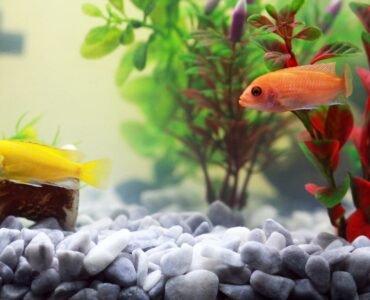 The History of The Aquarium and Fishkeeping

7 Fantastic Flooring Options for Your Home